Whether you’re a professional writer, amateur writer, or student, it’s important to know and be able to define basic writing terminology. This will allow you to communicate effectively with others about your writing, which is necessary to properly understand assignments and interpret feedback from editors, readers, or teachers. 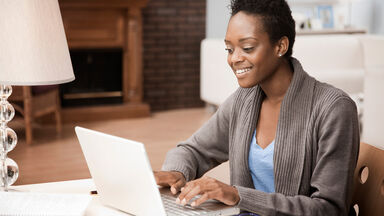 An anthology is a collection of short stories published together in a single volume. Sometimes all of the stories in an anthology are written by the same person, but not always. Sometimes they include stories written by several authors, but all with a similar theme.

When an individual writes a book that tells the story of his or her life, the person is writing an autobiography. This author of this type of book has to be the person who is the subject of the book.

When writing a book, paper, or essay based on factual information compiled from a variety of sources, you will need to include a bibliography. A bibliography is simply a list of sources that were used to gather information used in the finished piece of writing. There are several bibliography formats, each of which is used in different situations. You can use a bibliography generator to help you create one.

A biography is a book that tells the story of a person’s life. The author of the book is someone other than the person who is the subject of the book.

In writing, a character is usually a person featured in a book, story, or other written work. Some works of fiction have non-human characters that communicate using language, such as talking animals, aliens, fairies, spirits, etc.

When a writer quotes or paraphrases someone else’s work or ideas in a written work, the writer is responsible for including a citation that specifies the source of the information. This is how writers attribute credit to the sources they consult when researching topics to write about.

In writing, context refers to the circumstances surrounding the information the author is providing to readers. Context sets the stage for the story or factual information being presented, providing insight into the reasons for and motivations behind a character’s actions and decisions.

Dialogue is a conversation that takes place between at least two people. In writing, dialogue is the exchange of information and ideas between or among the various characters. It is the conversations that characters have with one another.

Written works often go through multiple drafts before being finalized. When a writer completes a work that still needs to be edited or reviewed, the document is in draft form. People sometimes use the phrase rough draft instead of simply saying draft. A document remains in draft form until it has been finalized for submission or publication.

An epilogue provides information about what happened to beyond a story’s ending point. It may explain what happened to key characters or how issues left unresolved at the conclusion of the story were finally resolved.

An essay is a brief written work in which a writer provides information on a particular topic while (usually) also sharing his or her opinion. There are several types of essays, including persuasive and descriptive essays. Essay writing is an important skill for students to have.

A feature story is a non-fiction human interest story written for a magazine, newspaper, or website. Rather than simply recounting the news, this type of writing involves providing more in-depth information about a topic of interest to readers of the publication or website on which it is published.

A work of fiction is one that is not true. It is not considered a lie, but rather a story that is a product of the writer’s imagination rather than being based on a situation that actually happened.

When referring to written work, the term genre refers to a specific category or type of writing. Writing genres include fairy tales, fiction, historical fiction, and many other examples of genre types.

Some works of fiction and nonfiction have a hero. In this context, a hero is a character that does something to save the day. Sometimes the hero is the main character, but not always. Any character — even the antagonist — can exhibit bravery or great sacrifice to benefit others.

Journalism involves writing fact-based accounts of current events for the purpose of providing the general public with truthful information about what is happening or has happened. Journalists may write for print, broadcast, or online media outlets.

A character who plays a role in the plot of a work of writing who is not one of the major players in the story. The person may be someone in a main character’s group of friends or extended family who is referenced or speaks up at times but doesn’t play a focal role.

In a book or other piece of writing, the person who tells a story is the narrator. In a story that has a narrator, the events are presented from the narrator’s point of view. Written works can have many types of narration.

A written work of nonfiction is one that is true. A nonfiction novel is a story based on events that actually took place. Other examples of nonfiction books include historical accounts, business books, cookbooks, and do-it-yourself manuals.

A novel is a book-length work of fiction that tells a story. Novels are written in narrative form, which means that the story unfolds as a “sequence of related events” Generally, a book should be at least 40,000 words to be considered a novel. There are many examples of novels, ranging from classic works of literature to best-selling modern books across a wide variety of genres.

The term novella can be used to describe fictional works that are longer than a short story but not as lengthy as a full novel. They generally fall in the range between 17,000 and just under 40,000 words.

Plagiarism occurs when a writer uses someone else’s quotes or ideas and presents them as if the writer came up with the information on his or her own. It can involve directly copying text from someone else’s work, but there are actually several types of plagiarism that every writer must avoid.

The plot of a story is the main events that occur as the tale is told. Most plots follow a five-part structure that sets the stage with an introduction that is followed by a raise in action, the climax, a decrease (or fall) in action, then the final resolution of the story’s central issue.

A plot hole is a writing error that occurs when key information is left out of a story or contradictory information is included. When there is a plot hole, things will occur in the story that wouldn’t be possible or practical in the context of what readers have been told along the way.

A plot twist occurs when the story in a book takes an unexpected turn. Readers may think they have an idea of what is about to happen, but then something happens to completely change the course of the story. This technique is commonly used in suspenseful works of fiction.

Poetry is a type of creative writing that uses language to express emotions or ideas while also conveying information. They are a form of artistic expression in the form of literature. Poems tend to be very short. They are written in lines or verses rather than paragraphs and sections or chapters. There are several types of poetry.

In writing, point of view (POV) refers to the perspective from which a story is told. When the main character is the narrator of a novel story, that story is using first person POV. You will be able to tell because the word “I” will be used to convey this individual’s perspective. When stories provide the perspectives of multiple characters (he saw, she said), this is an example of third person POV. When the written work directly addresses the reader (you should), this reflects second person POV.

The main character in a work of fiction is called the protagonist. The protagonist is the person around whom a story revolves.

A script contains the dialogue that actors will say when playing their roles in shows, movies, or plays. Writers who create this kind of work are called scriptwriters.

A short story is a brief work of fiction told in brief story form. Too short to stand alone as a book, short stories are sometimes compiled into an anthology for publication. They are also often published in magazines or on websites. They typically have between 3,500 and 7,500 words. There are many types of short stories. Short stories can focus on any genre or topic.

The way a particular person writes is referred to as that individual’s style. It includes things like the author’s tone, word choice, and overall voice.

Subject matter refers to the topic of a piece of writing. It is what a story or other type of written work is about. The word subject is often used interchangeably with the phrase subject matter in this context.

Books and stories written specifically for teens and tweens are described as young adult (YA) works. These works are generally written for young people between the ages of 12 and 18.

By learning these basic writing terms and what they mean, you’ll expand your vocabulary of literary terms. Of course, this is only the beginning. Once you have mastered the basics, you’ll want to continue to learn more terminology about writing. Get started by reviewing examples of literary terms and other topics related to language arts.