Most of the words we capitalize in English are what we call proper nouns. They're the names of specific, unique things like Mount Fuji, Idaho, or your friend David. Meanwhile, when you're talking about a common thing of which there are many - like mountains or states - you don't need a capital letter for those words.

Of course, most grammar rules are not this cut and dry. So, let's review some of the most important rules of capitalization. They'll provide a nice foundation for much of your future writing.

1. The First Letter in a Sentence

It's important to always capitalize the first letter of a sentence. This is perhaps the easiest and most straightforward of the capitalization rules, as there are virtually no exceptions or other complications. If it's the first word in a sentence, capitalize it.

2. The First Word in Quotations

If the sentence is a quotation within a larger sentence, capitalize it, but only if it's a complete sentence. If it's merely a phrase that fits neatly into the larger sentence, it doesn't require capitalization. Here are some examples:

For more on that, here's How to Use Quotation Marks.

This one may seem obvious, but there's also a catch. Of course, you capitalize the first letter of a person's first, middle, and last names (John Quincy Adams), but you also capitalize suffixes (like Jr., the Great, or Princess of Power) and titles.

Titles can be as simple as Mr., Mrs. or Dr., but they also apply to situations wherein you address a person by his or her position as though it were part of their name.

For example, when we talk about President Abraham Lincoln, we're using his role as though it were a title, not a job description. However, we wouldn't capitalize the word president if it wasn't being used as a title. For example: "During the Civil War, Abraham Lincoln was the president of the United States."

When capitalizing general job titles, look at the position of the job title relative to the person's name. This will help you know if it should be capitalized or not.

Capitalize people's titles if they come before the person's name or are used instead of the person's real name. For example, the Honorable Judge Eugene Crane may be called "Judge Crane" or simply "Judge." Always capitalize his title, "Judge." Be sure to capitalize titles if used in direct address, such as, "Will my dog be okay, Doctor?"

It's only necessary to capitalize other pronouns when they begin a sentence. However, the pronoun "I" is always capitalized, no matter where it falls in a line. For example:

I don't know about you, but I would wait for it to go on sale.

When we sign off on letters, we generally close with a valediction like, "Sincerely" or "Yours truly." The first word in these farewell words or complimentary close should be capitalized, just like the beginning of a sentence. For example:

Wishing you all the best,

If you'd like to include your title after your name, that must be capitalized too. For example:

The signature is only one important component in a letter. For the full picture, here's How to Write a Letter.

Books, movies, poems, and other creative works often require capitalization. If you have a future as a blogger, you might choose to capitalize the headers in your articles. There are two primary ways to draft headers in an online article.

You can use title case, where you capitalize:

The first letter of a work of art is always capitalized, even if it's an article, preposition or conjunction. For example, consider The Glass Menagerie, A Few Good Men, and Of Mice and Men. The last word of these titles always receives a capital too (like Fools Rush In). Articles, conjunctions, and prepositions of four characters or more may also be capitalized (e.g., One Flew Over the Cuckoo's Nest and Spider-Man: Far From Home).

Here's the low-down on all the Rules for Capitalization in Titles of Articles.

On the other hand, you can opt for sentence case instead. In this instance, you'll only capitalize the first word of your header and write the rest as a sentence (but without the terminal punctuation, or period).

When Not to Capitalize

Don't stress too much about colons. We break down the five most important rules of colon usage here.

Similarly, you generally don't capitalize after a semicolon. Even though a semicolon can be used to separate two independent clauses, they're considered a part of the same sentence. For example:

Dad has always been a strict disciplinarian; however, he made an exception this time.

Remember how we capitalize days, months, and holidays? That remains true. However, don't let seasons fall into the same category. We don't need to capitalize "winter," "spring," "summer," or "fall" unless it's part of a title.

How can you possibly remember all these rules? Are you a fan of mnemonic devices? They're phrases that help people remember key information. Take a look at this sentence to help you remember each category:

For Bob Barker, the price is sometimes wrong, Mom says.

The first letter of each word stands for a category:

Alternatively, you can remember this sentence. It features the same initial letters, just not in the same order:

No matter what you write, there will be moments when you'll have to decide whether or not to capitalize a word. You can do it! It only takes a little bit of practice and, the more you read and write, the more these rules will stick.

Once you feel like a capitalization pro, check out these Special Cases for Capitalization. Every heard of capitonyms? They're the snowflakes of the English language that change meaning when you capitalize them. Have fun out there! 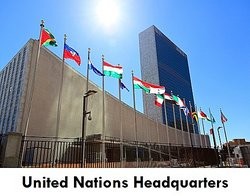