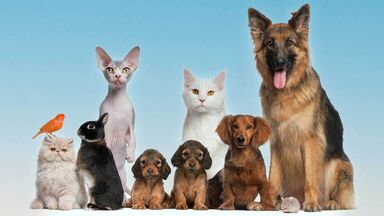 When it comes to the capitalization of animal names, the difference can be tricky. The name of your pet would be capitalized, just as the name of a human would be:

However, the category of animals generally would not be capitalized, like dog, cat, rat, bunny, or horse. Those are always written in lowercase because they are a variety of species within that category of noun.

Individual species, breeds or varieties within a category follow the same capitalization rules surrounding proper nouns and common nouns. The part of the breed that is derived from a proper noun is capitalized, whereas a part derived from a common noun is not. That's why "German shepherd" should have a capital "G" for German, but a lowercase "s" for shepherd. The rules would be similar for a French bulldog and English foxhound but lowercase for a cocker spaniel or golden retriever.

Some dog’s names include proper nouns for places and people like:

That being said, some websites like the American Kennel Club and The Cat Fanciers’ Association capitalize the names of breeds: German Shepherd, French Bulldog and English Foxhound. However, this goes against official standards, like those described by the MLA Style Center (Modern Language Association).

In this case, the generic name should be capitalized but not any other word in the title. For example:

Because these are considered Latin names, they follow Latin capitalization rules.