Why Not a Cup of Steve? The Reason We Call Coffee 'Joe'

“Just a cup of Joe for me,” says every movie detective to every movie waitress in every movie diner. She doesn’t ask what it means, or who Joe is, or how he would fit into a cup because she knows that “cup of Joe” means coffee. But why does Joe get this honor and not some other guy? No one knows for sure — but there are several plausible theories. 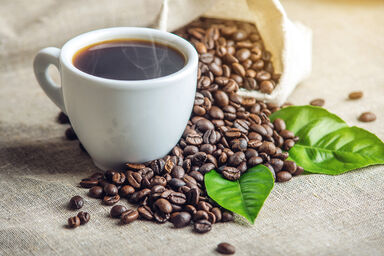 A popular solution to the “cup of Joe” mystery comes from World War I. Navy sailors found themselves in dire (or sober) straits in 1914 after the secretary of the Navy, Josephus Daniels, banned alcohol on naval ships. The order came six years before Prohibition officially began in the United States, and the sailors were reportedly none too happy about the change.

Because black coffee was the strongest drink one could find aboard, rumor has it that sailors started calling the drink a “cup of Joe” in bitter homage to Secretary Daniels. It’s a solid theory — except that the first recorded use of the phrase was in 1936, over 20 years after the order was issued.

Another prevailing theory about the origin of “cup of Joe” comes from the words java and mocha. A popular nickname for coffee, java comes from the island of Java in Southeast Asia where Dutch settlers grew coffee beans. Mocha also hearkens back to the early days of the coffee trade, as it’s derived from the Yemeni trading port Al Mokha.

Others believe that “cup of Joe” refers to its status as a drink for the common man. While five-dollar lattes may not be on everyone’s must-have list, a plain cup of black coffee is accessible for nearly everyone.

Using the name “Joe” to describe an everyman isn’t unprecedented. Other colloquialisms that use “Joe” for an average, general person include:

Even G.I. Joe is a generic stand-in for the All-American soldier. So it’s not out of the realm of possibility that “cup of Joe” is simply the drink that Joe Blow, Joe Schmo and Joe Six-Pack enjoy together.

Yet another theory regarding this mystery goes back to late 19th-century New York. Joe Martinson opened Martinson Coffee in 1898 and allegedly called his coffee blend “a cup of Joe” to set his shop apart. Martinson Coffee even trademarked the phrase, making them either very confident that “cup of Joe” originated with Mr. Martinson or very adept marketers (or both).

What Else Can You Call Coffee?

You don’t have to know exactly where “cup of Joe” comes from in order to enjoy your morning cup of coffee. In fact, you don’t even need to call it Joe. You can call coffee:

Start Your Day With a Cup of Knowledge

While the jury may be out on the origin of “cup of Joe,” that’s hardly the only mysterious expression in the English language. Pour yourself to a second helping of knowledge with these interesting resources: