Correct Grammar Usage of 'At'

The word at is a preposition. Like by, from or with, the preposition at connects words in a sentence. But depending where it falls in a sentence — and which words it’s connecting — its function is more versatile than it seems. 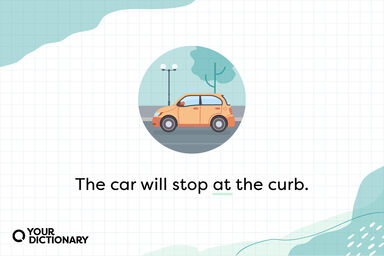 A preposition is a relationship word, or "connector." It’s the sort of word that can explain the place, time, or relationship of a sentence and link the words together. In the case of the preposition at, it expresses a specific location, time or position. For example:

Here are some more examples. Notice the points noted above in play. First, at is acting as a connector, drawing the subject/verb together with the direct object. Second, at is followed by a noun or pronoun, most likely the direct object.

Can ‘At’ Function as an Adverb?

Sometimes, it appears as if at is modifying a verb or adjective rather than a noun, which would make it an adverb. For example:

It’s less confusing than it looks. Even though at may be adding more details to the verbs and adjectives in the sentence, it’s still functioning as a preposition, not an adverb. If you’re in doubt, check out the words that follow at. Nouns follow prepositions, not adverbs (that’s why they’re called “objects of the preposition”).

‘At’ In Everyday Phrases

At also appears in many idiomatic phrases that we use every day. For example:

All the words that follow at in these examples (any rate, first, arm’s length, and so on) are functioning as objects of the preposition. Feel free to use these phrases in your writing, but as in the case of all idioms, avoid leaning on cliches too much.

The best way to learn the correct usage of at is to pay attention to people speaking and to what you're reading, and then keep practicing. For more preposition practice, check out: