Grammar is the study of words and how they can be used to form sentences. It can include the inflections, syntax and word formation of the language, as well as the pronunciation, meaning and linguistic history of a particular word. Grammar problems can cause a wide range of communication problems that can negatively impact personal and professional interactions. 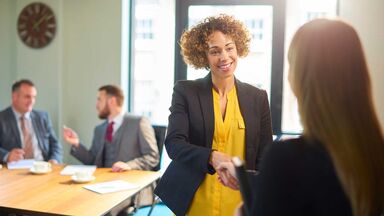 Using incorrect grammar when writing or speaking can lead to unclear communication and miscommunication. Consider the following sentences:

There are many other examples of bad grammar that can lead to unclear communication.

In addition to creating communication misunderstandings, incorrect grammar can also cause you to make a poor first impression. People tend to make assumptions about a person’s abilities based on how they come across in communication.

Avoid using negative grammar that could cause you to make a negative first impression on people that you meet.

From contract disputes to erroneous tattoos and more, grammatical errors can cause serious problems.

What's the price of bad grammar? In October 2006, a contract dispute between Canadian cable company Rogers Communications and telephone company Bell Aliant revealed that a misplaced comma can be worth $2 million. Aren’t you glad that you’re not the person who made this punctuation error?

Rogers Communications believed the placement of the second comma stated the contract was good for at least five years, while Bell Aliant said the comma indicated the deal could be terminated before if one year's notice was given. Canada's telecommunications commission sided with Bell Aliant. Bell Aliant was able to save over $2 million by ending the deal early. The comma should have been omitted if the contract was intended to last five years in its shortest possible term.

Having Auntie for Dinner

An omitted comma can also cause confusing communication. Consider the difference a comma makes when your intent (hopefully) is to invite your aunt to the dinner table.

The first example is an invitation to join the group for a meal, while the second example will send Aunt Cathy running from the house!

Businesses that have typographical errors and grammatical mistakes on their websites are costing themselves customers. A website’s bounce rate, the percentage of visitors to a site who leave without visiting additional pages beyond the one they landed on initially, is significantly impacted by how many errors are in the content.

Fortunately for actress Emma Watson, who played Hermione in the Harry Potter series, the Times Up tattoo she got in 2018 was a temporary tattoo that easily washed off. That’s because the tattoo really should have said Time’s Up, in a combination of the words time and is. If you decide to get a permanent tattoo with a quote on it, be sure that the phrasing is grammatically correct and that there are no spelling mistakes!

What types of mistakes indicate poor grammar? There are many common grammatical errors including:

Resources for Improving Your Grammar Skills

Hopefully these examples clearly illustrate the importance of using correct grammar. The more you learn about grammar, the better your communication skills will be. This will help improve how other people perceive you and your abilities, while also preparing you for success in the business world.

Proper Grammar Matters for Everyone

Learning the basics of English grammar is worthwhile even if you don’t plan to work as a professional writer. Grammar is an important part of face-to-face communication, and almost all jobs involve at least some writing. Now that you’re familiar with some of the many problems caused by incorrect grammar, spend some time exploring what else is necessary for effective written communication.