Satire is found in literature, songs, television shows, and everyday life. Writers use satire to show foolishness or corruption in people, organizations, or governments with sarcasm or irony. Keep reading to find tips for writing satire, possible satirical writing topics, and examples of different satirical works. 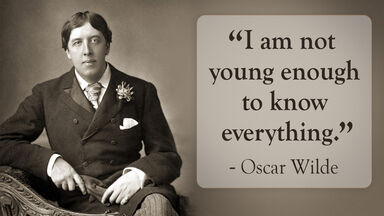 Satire is an effective and witty way to comment on society or trends. It mocks a topic by pretending to sound serious about it. If you’re trying your hand at writing satire, here are a few satire writing tips:

If you don't know what topic to pick for your satirical writing, here are some tips on picking one:

In irony, the words are used to show the opposite of the actual meaning. With verbal irony, you say one thing and mean another. Situational irony occurs when what actually happens is not what was expected. Irony in satire can make the audience unconsciously agree with you.

A great example of irony comes from the plot of the movie The Wonderful Wizard of Oz. The supposedly all-powerful Wizard turned out to be an average man. The story satirizes the perception of power with irony – those who seem to have the most control are often hiding behind their own curtains.

Sarcasm is a bitter remark, jibe, or taunt. Sometimes it is humorous in the way it makes its point; other times it is serious and painful. Sarcasm is an effective satirical tool when a speaker makes a point that mocks the listener’s perception.

Some examples of sarcasm include:

When you take the form of an existing written work, song, or movie, you can use parody to make fun of that work. A movie like Austin Powers: International Man of Mystery is a humorous parody of the James Bond movies. Weird Al Yankovich has built a career on parodying popular songs, such as “Amish Paradise” for Coolio’s “Gangsta’s Paradise” and “Bohemian Polka” for Queen’s “Bohemian Rhapsody.”

Other popular parodies include:

Satire is a type of writing that both entertains and challenges its audience with humor. When written well, political satire can inspire a population to reconsider its values and change its course of action. Check out more examples of satire, including political satire and literary satire, to find even more tips for writing satire.