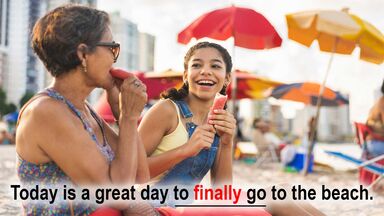 Definition of a Split Infinitive

An infinitive is a combination of “to” and another verb. It’s a verbal phrase that can be used as a noun, adjective or adverb.

Examples of infinitives in sentences include:

A split infinitive occurs when you place a modifier (usually an adverb) between “to” and the verb. It looks like this:

These sentences might sound right when you read them out loud. However, if you have a traditional teacher or editor, be prepared to see a lot of editing in your sentences with split infinitives.

Traditionally, grammar students were always taught not to split their infinitives. The rule dates back as early as the Victorian Era, when Henry Alford advised against splitting infinitives in his 1864 book The Queen’s English. Strict grammarians also dislike split infinitives because they interrupt the unit of thought – the infinitive – with a modifier. It separates “to” from its verb, which can make the sentence confusing.

How to Fix a Split Infinitive

Some of these sentences are more awkward than others. But if you’re trying to eliminate split infinitives, following these tips can clean up your writing and help you communicate even more clearly.

Are Split Infinitives Ever Okay?

There are some instances in which split infinitives are acceptable – and even preferred. That’s because spoken language and written language don’t always agree on what sounds better. A non-split infinitive looks better on paper, but can sound odd when spoken aloud.

For example, examine the sentence from the examples above:

Today is a great day to finally go to the beach.

The adverb “finally” splits the infinitive “to go.” But is there a better place in the sentence to put the adverb? Read these corrections out loud:

Some common split infinitives include:

If you’re still confused about whether to keep or fix a split infinitive, read it out loud. Then fix it and read it again. Which one sounds better? Chances are, you’ve solved your problem already.

(Some) Grammar Rules Are Made to Be Broken

You’ll find that many people still feel strongly about split infinitives, while others don’t mind them as much. And in many cases, split infinitives are actually the best grammatical choice. Check out six more grammar rules you can break in your writing (as long as you know what you’re doing).