Writing a script is quite different from writing a short story or novel. Scriptwriters don’t have a chapter or two to ease into their story; the first few minutes of their script needs to engage the audience right away. Keep reading for simple tips and ideas that can help you write an engaging script. 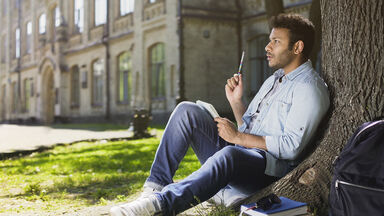 Simple Tips and Ideas for Writing an Engaging Script

Many people believe that a movie, television show, or play works best when it has famous actors in the cast. However, not even million-dollar stars can't make a show work if the script is dull or uninteresting. These ideas for storytelling and following the writing process can help you turn a script in your desk drawer into next year’s Best Picture!

Complicating your plot structure is not the place to start when you want to make your script engaging. A strong start captures and holds the audience’s attention; a thrilling conclusion makes your script memorable. If there is too much going on, the general population won't get it.

If you really want to make your plot distinctive, play with flashbacks and flash forwards while keeping the plot steady. But the classic plot mountain is a classic for a reason – audiences love it.

Write a Character to Root For (or Against)

Whether you’re asking audiences to watch a short sitcom pilot or a full-length film, you want them to be engaged in your protagonist’s journey. They do not always have to be extremely likable, but they do have to be interesting. In fact, character flaws can add a touch more reality and make audiences empathize.

On the other side, antagonists should also be engaging enough for the audience to feel tension. If you, as the writer, care about the characters, then the audience will also care. Developing backgrounds, mannerisms, and catch phrases for each character is important in any script, but especially when writing multiple episodes of a television series.

Scripts stand apart from prose because they allow the audience to see the story as it’s happening. Long conversations with witty dialogue may look great on the page, but it makes a boring scene to watch. Add visual details about what the audience can see, and make your settings and actions as interesting to watch as possible.

If the casting process goes well, you’ll have a team of talented actors to bring your script to life. But too many parenthetical actions can limit actors’ ranges, making your movie, show, or play feel flat. Keep your story interesting enough that actors have lots of room to play around with their characters in the settings you’ve created for them.

Stick to the Page Limit

It’s difficult to engage an audience with a very long script. Generally, a page of script equals one minute on the screen or stage. Movie and play scripts should be around 100 words to catch producers’ eyes and the audience’s attention. Television scripts can range between 30 minutes to 80 minutes, depending on the episode length.

Avoid Chunks of Dialogue and Action

Scan your script. Do you see any sections that take up large parts of the page? Long chunks of dialogue and action run the risk of boring your audience. If you have a character speaking for more than four lines, interrupt the dialogue with a small action. Same goes for action: break up big chunks to keep the story moving.

When you decide what kind of script you want to write, research it. If you want to write shows about the police, then study police procedures. A play about Queen Elizabeth requires research about the Elizabethan era. Watch movies, shows, and plays in the same genre to learn more about the world you want to create (without plagiarizing, of course).

Write on a Schedule

Some writers prefer early-morning sessions; others like to stay up late to write. Either way, find your most creative time of the day and reserve it for writing. If you get writer's block, go to another scene (or project) and come back to it later. Try not to take more than one day off in a row.

If you want to write movies, you need to watch them. The same advice goes for television and playwriting. Watch everything: highly acclaimed movies, poorly received television shows, and small local plays. Determine what makes the good ones enjoyable and what makes the bad ones boring. Consult this list when you’re writing your own script.

Read as Many Scripts as You Can

Great novel writers are great novel readers. That doesn’t mean screenwriters and playwrights are off the hook! Read script after script to learn what works and what doesn’t. Which parts were the most engaging for you as a reader? If you were watching this script, what part would be your favorite?

You need to revise, revise, and revise. This is key to improving your show. Rewrite and proofread, making sure every word counts. You may want to join a screenwriting or playwriting group that proofreads and critiques each others' work. While having a talent for script writing helps, any aptitude requires refining and skills need to get stronger. Keep at it and you may surprise yourself.

Getting Your Script Made

An engaging script can be the difference between a critical darling and a box-office flop. Once you’ve written a tight script that needs attention, you’ll need to know how to sell it. Check out an article on writing irresistible loglines that will create interest in your script before the reader even turns the page.