What Is a Complement in Grammar?

What is a complement in grammar? It's a word, clause, or phrase that's needed to complete a given expression.

For example, "Every morning is a gift." In this sentence, "every morning" is the subject, "is" is the linking verb, and "a gift" is the complement. It completes the idea. Without it, we wouldn't understand what every morning is.

Another example would be, "The air smells beautiful." In this sentence, "the air" is the subject, "smells" is the linking verb, and "beautiful" is the complement. Let's explore the different kinds of complements, as well as how to spot them in a sentence.

Predicate nominatives effectively "rename" the subject in the sentence, answering who they are in the form of another noun.

Whereas predicate nominatives rename the subject, predicate adjectives describe or modify the subject the way an adjective would.

At this point, you may be wondering, "What's the difference between an object and a subject complement?"

Linking verbs have subject complements. Action verbs have direct objects. An object will answer the question "who" or "what" in reference to the verb. A complement will provide greater detail about the subject.

In the sentence, "She ate the soup," "the soup" is an object. It's answering the question "who" or "what" is being eaten. As such, it's following an action verb and receiving the action of the verb "ate."

In the sentence, "She ran fast," "fast" is a subject complement. It's not answering the question "who" or "what" and it's not receiving the action of the verb "ran." Rather, it's providing more detail about the subject "she." Now we know she's a fast runner.

That's what they say, right? Although complements seem fairly technical in nature, they're really here to add further information to our lines of text. We can describe a central character in greater detail or develop a scene with color and vibrancy. For more on that, enjoy these character trait examples. Perhaps some of them will fall into your future subject complements! 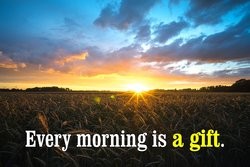 What Is a Complement in Grammar?