How to Write Complex Sentences: Structure and Rules 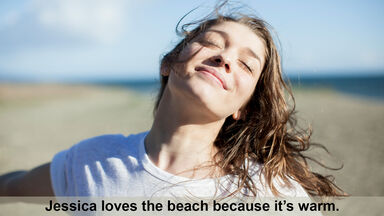 example of a complex sentence
Advertisement

Parts of a Complex Sentence

You get the general idea of what is happening in each sentence. However, they aren’t very interesting by themselves. They need a bit more detail to engage the reader.

Dependent clauses, also known as subordinate clauses, are incomplete thoughts. They provide more details to a sentence but can’t stand alone as their own sentences. Some examples of dependent clauses include:

These clauses contain interesting details, but without the context of an independent clause, they don’t make much sense. Complex sentences can have one or more dependent clauses joined by subordinate conjunctions.

Some examples of subordinating conjunctions include:

These sentences are already more interesting than their simple forms. But the beauty of complex sentences is your ability to change the form even more. Look what happens when you start the sentence with the dependent clauses:

It’s easy to mix up compound and complex sentences, but the difference is easier than you think. You can tell these sentences apart with these definitions:

You can also remember the difference by looking at each clause. Does each clause provide equally important information, or is one clause more important than the other? For example:

These sentences can be lyrical and engaging for the reader. But take care to add compound-complex sentences sparingly – they do best when included in a variety of simple, compound, and complex sentences.

A complex sentence allows for a thoroughly deep dive. When writing, they allow us to divulge extra details about the characters, setting, and plot. Of course, they also serve their purpose in scholastic essays and a wide range of other writing. For more help on improving your writing, read an informative article about building sentence variety into your paragraphs.