What Is an Absolute Phrase?

When someone wonders, "What is an absolute phrase?" the answer is simple: absolute phrases modify sentences. Commonly, they are set apart by a comma. They’re not essential to a sentence, but they provide additional detail. Before we dive deeper, let’s look at an example of an absolute phrase:

We finished our very first yoga class, our souls replenished.

Did you notice the phrase at the end of the sentence, separated by a comma? That’s a nice absolute phrase because it provided further depth. However, you’ll also notice it wasn’t essential to the sentence, like a subject, verb, or direct object. 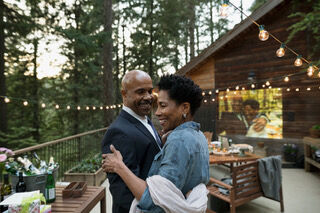 What Is an Absolute Phrase?
Advertisement

Components of an Absolute Phrase

Absolute phrases don’t attach themselves to a sentence with a conjunction, all that’s needed is a comma. Typically, these phrases consist of a noun and a modifier. Referring back to our example above, you’ll see there was no conjunction such as “and” before the phrase. Also, there was a noun (souls) and a modifier (replenished).

One thing absolute phrases cannot contain is a finite verb. That is, a verb that has a subject. Essentially, that would turn the phrase into a sentence, completely ruling it out as an absolute phrase.

For example, if we added the verb “were” to the above phrase, it would read: We finished out first yoga class, our souls were replenished. That verb turned this entire scenario into a run-on sentence.

You should be on the lookout for absolute phrases when you see a comma in the sentence. Sometimes commas merely indicate a clause or an aside. But, when they set a noun and a modifier apart to add depth, you’ll know you have an absolute phrase.

There are two kinds of absolute phrases. The first explains a “cause for” or a “condition of” something.

Her heart sadder than ever, Alexis decided to dull the pain.

The second type of absolute phrase adds detail or narrows the readers’ focus.

Alexis walked down the path to the chapel, completely unaware he was there.

Absolute phrases help us add beautiful imagery to sentences. No matter which type you decide to include, just make sure it has a strong connection to the rest of the sentence. Don’t use an absolute phrase simply for its beauty.

For example, we wouldn’t want to write: “Alexis walked down the path to the chapel, blackbirds overhead.” Now, if those birds provided some greater meaning to her mood or her venture to the chapel, that’s great. Otherwise, it’s important to be selective when using these phrases.

Make sure your next absolute phrase connects to the sentence and provides greater depth. And always remember it should either expand the sentence (by explaining a cause or a condition) or focus the readers’ attention on added detail.

Sometimes the best way to comprehend the intricacies of the English language is to see them in action. Let’s take a look.

A good absolute phrase can alter the mood of any piece of writing. In the above examples, they illustrated Anton’s love and demonstrated Lacey’s longing. As you progress in your English proficiency, enjoy adding depth and breadth to your writing with the infinite possibilities that are absolute phrases.

Let's run through this one more time. Here are the main functions of absolute phrases: