Every decade has its own fun slang. From aiight to whatever!, get your 90s groove going with these fun and popular 90s slang phrases. It’s going to be all that and a bag of chips. 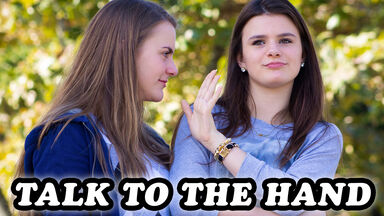 Aiight is a modified version of the phrase all right. However, stretching it out to aiight adds a fun 90s flavor to the phrase. All the cool kids were saying it, aiight?

All That And a Bag of Chips

The 90s were full of fun sarcastic retorts. As if was a 90s phrase you used in a lot of situations. For example, if your sibling asks you to do their chores, with a little laugh you can retort, “As if!” Basically, it’s short for as if that would ever happen.

The 90s were all about the bling. Not only would you add a little bling to your clothing with your bedazzler, but you could wear bling around your neck or on your fingers. Bling is 90s slang for showy and flamboyant jewelry and clothing commonly worn by celebrities.

There are things to be excited about when it comes to 90s phrases, and booyah was one of them. Booyah expresses joy. For example, “Booyah! I aced that test.”

If you use the 90s phase, da bomb, something was amazing or fabulous. If your friend got a new car, for instance, you might say, “That car is da bomb.” Don’t forget to accentuate da with a little enthusiasm!

Made popular by the famous Bart Simpson, this was a 90s slang phrase that got more than a few kids in trouble. It’s a fun rejection or rebuttal that is right up there with kiss my butt. When your brother is trying to get you to do their homework you might say, “Eat my shorts.”

You might use hottie now, but back in the day a boy or girl was pretty fly. It means they were good at something or just attractive. You could also use it to say something was awesome or cool like, “That ring is fly!”

The 90s were the beginning of the acronym craze. Before you had OMG and BYB, you had FYI. Still used to this day, FYI is an acronym meaning for your information.

This 90s phrase came from the popular music video by Will Smith, Gettin’ Jiggy With It. Gettin’ jiggy means to dance like no one is watching. Everyone needs to be gettin jiggy every once in a while.

Nothing says the 90s more than the word hella. Used as an adverb similar to really, hella has many uses. For example, “She was hella mad when I ruined her purse.”

Home skillet is another word for friends in 90s slang. You might say, “Hey, home skillet,” or, “‘Sup, home skillet?” Either phrase was an appropriate form of greeting for a 90s teen.

In 90s speak, one was not freaking out. Instead, they were totally buggin. For instance, you might say, “I’m totally buggin! I think I failed my test.”

“Are you ready to leave? Let’s bounce.” This phrase was a fun and easy way to say you were ready to get out of there.

Even making a mistake had slang in the 90s. Rather than saying you were sorry, you would say, “My bad.”

The 90s were all about the attitude, and no duh was the king of attitude. Typically with an eye roll, you used no duh when something someone is saying was obvious.

Before there was the famous psych!, there was the 90s not! It’s basically a verbal psych out. For instance, you might say, “I totally loved that song… not!”

Oh snap is similar to my bad. Both 90s slang terms are used interchangeably to say, “I’m sorry.”

When you are meeting up with friends you might say, “‘Sup?”. It is a shortened version of what’s up?

If you need to take a chill pill, then you need to calm down. It was a fun and very 90s way to tell your friends or family to chill out!

Talk To the Hand

Rather than saying, you’ve heard enough, you can throw this fun little 90s phrase into your vocabulary. However, don’t forget to put your hand up when you do it. Can’t get more 90s than that.

When something is cool or awesome, you might say, “That phat!” Make sure to spell out P.H.A.T.

Thank Alicia Silverstone and Clueless for this little 90s gem. Whatever! works great when you don’t agree with someone but don’t want to fight about it anymore. Rather you just say, “Whatever!” with the right amount of sarcasm.

When it comes to 90s slang, a lot of it is out there. Clueless pretty much coined most of it. Enjoy more slang words of fun decades by looking at 1960s slang words and 1980s slang phrases.