Between a fiery election and an amazing year of weather, the editors at YourDictionary have seen 2012 produce new words in our conversations. To choose 10 words that were important to the events and changes of 2012, YourDictionary searched through the words added throughout the year as they trended in the news, on social media and between friends. 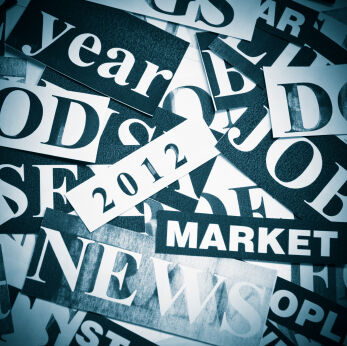 These are the YourDictionary selections for the ten most trending words of 2012:

Important words from the 2012 election include Super PAC and Obamacare; but, the nationwide discussion of immigration reform brought up the issue of anchor babies. With a greater focus on what we eat and staying healthy, the debate about Frankenfood, foods made with genetically modified plants, made it to the ballots in California. The issue of the fiscal cliff loomed as 2012 came to an end.

1. Super PAC - a political action committee that raises unlimited funds to spend on political messages and work that is not connected to a particular candidate.

4. Frankenfood - a negative slang term for food that has been genetically modified.

5. Fiscal cliff - a phrase that describes tax increases and budget cuts that threatened the U.S. economy at the end of 2012 unless other policies were adapted.

The awesome weather events that affected so much of the United States brought the powerful hurricane Sandy superstorm of November and the above average temperatures of late winter and early spring that became known as Marchuary.

6. Superstorm - a storm like hurricane Sandy that is stronger and more damaging than expected.

7. Marchuary - a January or February with warm weather like March.

Technological advances in 2012 led more and more people to put down their paperbacks and pick up an e-reader like Amazon’s Kindle. The use of Twitter to hurt a company’s reputation by including their official hashtag (#) with a complaint led to the new term bashtag. And finally, hackermom spaces have started popping up for tech and craft-savvy moms with entrepreneurial spirits to work together while sharing childcare.

8. E-reader - an electronic device, like a Kindle, used to read books or other published material.

9. Bashtag - a negative comment with a company's public hashtag.

10. Hackermom - a mother who works on business or creative do-it-yourself projects, often in shared space with other mothers and childcare.