As the YourDictionary editors searched through the words added during the year 2013, an even more prevalent focus on youth, technology and social media emerged than in years past. 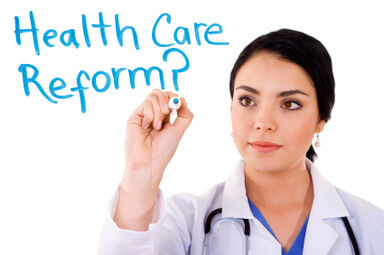 These are the YourDictionary selections for the ten defining trending words of 2013:

2013 brought forward several new challenges in our society, on the media and on websites that connect us more and more each day. The news has covered a number of stories on young adults choosing to be agender and redefining how we see male or female. A more self-focused generation literally can’t get enough of themselves with the selfie and is focusing on a YOLO, live life today lifestyle. The goofy, sexy, all over the Internet interest in twerking brought us many highly-viewed videos (often of Miley Cyrus!) on the television and the web.

1. Agender - someone who does not identify with the male or female stereotypes.

2. YOLO - stands for "you only live once," meaning you should live your life to the fullest.

3. Selfie - a photo you take of yourself, often with a cell phone camera.

4. Twerk - to bend over and dance with a rhythmic, repetitive motion.

The 2013 tech world is helping us create new things out of thin air. 3D printing makes it possible to bring our imaginary creations into the real world. We’re also using our computers to make a new currency called Bitcoin, and to support worthwhile causes on our computers with clicktivism. With technology influencing so much of our day-to-day lives, many of us are taking a break with a digital detox to reset.

5. 3D printing - using a a machine to create three-dimensional objects from a digital design.

7. Clicktivism - using a website or social media site to promote a cause and to take donations.

8. Digital detox - a period of time taken by a person during which they stop using social media, phones, computers, and the Internet in order to reset or refocus.

The forces of change even affected our food and our healthcare in 2013. The scientific advance of creating meat in a lab on sheets had us all seeing schmeat. The Obama administration made history when it started to implement univeral healthcare with the Patient Protection and Affordable Care Act, more commonly called Obamacare.

9. Schmeat - artificially created meat, thought by some to be the meat of the future.

10. Obamacare - a term used to describe the Patient Protection and Affordable Care Act (PPACA), a controversial universal healthcare law signed by President Obama in 2010 with sign-up initiated onine in 2013.