The YourDictionary editorial team is always on the lookout for new words in the media and everyday conversation. In 2015 there were many new words and phrases emerging and gaining popularity. The team has culled through those words to identify ten words and phrases that define the key issues and trends for the year. Our findings on the top 10 trending words are listed below. 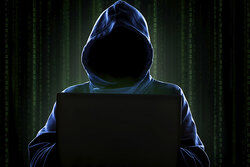 How We Use Technology

Technology continues to evolve, providing new capabilities to move information quickly and, sometimes, secretly such as the Dark Web. Other new technology is designed to make it easier to implement a wide variety of activities such as using the drone as an automated, remote delivery system.

1. The Dark Web is a collection of websites that can be viewed publically even though the IP address of the website's server is hidden. The information is anonymous and untraceable unless special software is used. Some of the websites in the Dark Web provide access to illegal operations such as Silk Road, the website for the buying and selling of recreational drugs. Other Dark Web websites function as resources for other information such as pornography and fraud services.

2. A drone is a remote controlled flying vehicle. Drones are designed for a variety of functions including serving as aerial cameras, toys for children or adults and as delivery systems for a variety of goods ranging from products ordered online to explosives in a war situation.

How Our Economy Works

Several word trends in 2015 focused on changes in our economic environment. The economic relationship between the producer and consumer is becoming a sharing economy as systems are put in place to share the excess capacity of good and services and as fees are introduced to limit the consumer's ability to take over some of the producer's role's and responsibilities.

4. Cakeage is a charge by a restaurant for serving cake brought in by the customer. A growing number of wedding and party event venues and restaurants are starting to charge a cakeage fee, usually to encourage the customer to purchase their cake through the venue.

How We Express Ourselves

Several new words became part of our everyday lexicon in 2015. Some, such as Black Lives Matter and lumbersexual, provide a type of shorthand to let a person express their attitude on a specific subject. We use other new words as shorthand to describe ourselves and others.

5. Black Lives Matter is a political movement that campaigns against violence towards black people. Whether used as a hashtag, a rallying cry in demonstrations or a talking point in a political speech, this phrase reflects a growing concern in society.

6. Transgender is an umbrella term describing when a person's gender identity is different than what society expects based on the person's sex assigned at birth. Although this is not a new word in 2015, Caitlyn Jenner's photographs and reality show have brought this word front and center in the media.

8. A lumbersexual is a man who lives in the city but has many of the style traits of someone who lives a rugged, outdoor life, such as a lumberjack. Some see this style as a counter to the metrosexual style which has been seen in urban areas during the past few years.

How We Have Fun

Every year we find new words to use as a shorthand to succinctly describe something like a fashion trend or a new piece of knowledge. In 2015 two new, very fun words have emerged.

9. On fleek is something that is on point, attractive or stylish. Your eyebrow shape, your fashion or your opinion can be on fleek.

10. A mic drop is an exclamation of an impressive or surprising piece of information. Although an actual microphone is not involved, mic drop is used to describe a situation where something is so surprising that you would drop a microphone if you had one in your hand and then walk away in amazement.

There were other significant words introduced in 2015; so, all of your favorites may not be included in this list. You can share your favorites for 2015 with other readers and our editors by adding them into the comment section below. Our editors will stay on the lookout for new words that start to trend and evolve in 2016. They would love to hear your comments and favorites.