Different Words to Use Instead of “Said” (by Emotion)

If you’re writing dialogue or a personal narrative, it helps to know words to use instead of “said.” In dialogue tags and narratives in general, “said” can be terribly overused. It leads to repetitive-sounding stories that have a generic tone. “Said” is neutral in terms of emotion, but you can write more powerfully if you sprinkle in some emotion-tinged variations for this common word. 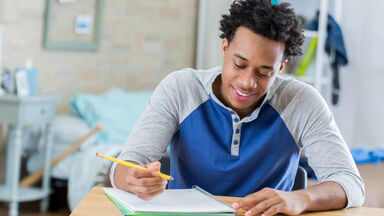 Using certain words can convey affection, from romantic love to parental care. If you want to give this emotional impression, try one of these words to use instead of “said.”

If you’re writing a piece that has tinges of sadness, you need “said” variations that include this emotion. Sadness can occur for a variety of reasons, and the intensity can also vary. Choose a dialogue tag that best matches the emotion you need to show the reader. These are some options to consider:

When you’re writing a confrontation or other anger-charged dialogue, you’ll need “said” variations that convey that emotional tone. Try these:

Sometimes, you need to convey fear in dialogue tags, and there are several words to use instead of “said” if you want to get this emotion across to your reader. Some will be subtle, suited to less obviously fearful situations, while others are much more extreme. Try these options:

If you’re writing a scene that includes excitement, you can use a dialogue tag that shows this feeling to the reader. Some scenes call for subtle excitement, while others are all-out celebrations or interjections. Either way, try these words instead of “said”:

Whether you’re writing about someone asking a question or simply need to show a less obvious type of uncertainty in your story, these words can help:

Using Other Words Instead of “Said”

The key to using other words instead of “said” is to keep their use to a minimum. Readers don’t notice “said” unless it’s used over and over; it’s a neutral word that carries little emotional weight. However, variations stand out because they carry emotional impact. It’s often more powerful to put the emotion into your actual dialogue and the actions of the characters in the form of imagery.
Increase your vocabulary further and browse our list of 150+ words to replace "very" with.