How to Write a Character Analysis Essay in Simple Steps

A character analysis is a common school assignment where you break down a character from a novel or other story to get to know them better. If you've got a character to analyze, walk through the simple steps on how to write an in-depth character analysis right here. Examples of a character study of Romeo from the William Shakespeare classic Romeo and Juliet help illustrate each step. 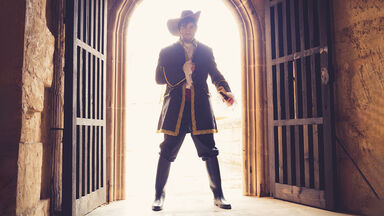 Step One: Choose a Dynamic Character

In most cases, either your teacher will assign a character for you to analyze or you’ll be allowed to choose your own. If you’re able to choose your own, try to select the most dynamic character. This doesn’t have to be the protagonist, or the main character. Just make sure there’s enough substance for you to work with. If you choose a less-prominent character, it’ll be more difficult to produce an in-depth analysis.

To illustrate these steps, let’s choose Romeo for our sample character study. He’s one of the main characters, so he’s naturally dynamic.

Make note of important childhood facts or other useful information about the character’s background. Before you get into the “meat” of the study, it’s important to understand where your character came from. Note what you can talk about with respect to their place of birth, their family structure, and any impactful childhood moments.

An example of a note from Romeo’s childhood could be that it was instilled in him at a young age that the Capulet family was an enemy or rival. You might also note that he is 16 years old at the beginning of the play.

Jot down any physical attributes and character traits the author highlights. Notice how your character interacts with other characters. This interpersonal study will make for a nice addition to your character analysis.

As you read about Romeo, you might jot down that he is handsome and smart. He could be characterized as immature, impulsive, passionate, and idealistic too. He is also a devoted friend.

Since Romeo is a main character, he fits into all parts of the plot. His actions of falling in love with Juliet, marrying her, killing Tybalt, and killing himself are all important plot elements.

It may seem out of order, but you’ll want to choose your thesis statement long before you sit down to write. A thesis statement frames your main idea and illustrates what the essay is about. Make a specific statement about the character and then support that statement with the wealth of notes you’ve accumulated.

One thesis statement for an analysis of Romeo could be:

When faced with adversity, Romeo has the tenacity to overcome an array of obstacles and still be with his one true love. He demonstrates an iron will that grants him one wish - time with Juliet, as well as one curse - premature death.

With an essay outline, you’ll have a clear direction. You’ll highlight important character traits in an organized way that illustrates and supports your thesis. In a standard outline, you’d write your introduction, note each section you plan to cover, then write your conclusion.

If you take all the information gathered about Romeo so far, you could make a basic outline like this example. This character analysis example PDF is completely editable so you can use it as a template. Check out the troubleshooting guide if you need help downloading the printable.

Use your notes, thesis statement, and outline to finish writing your character analysis. It should follow a standard essay format.

Begin with “Why?” Draft an introduction that introduces the audience to your character, perhaps indicating why this character is worth examining. This is also where you’ll place your thesis statement. Highlight something of intrigue about him and indicate the direction of your upcoming analysis in a short paragraph.

Most people, fictional or real, are shaped by their childhood and their environment. Before you get into character traits, offer up what you know about the character’s background in one or two paragraphs.

Where were they born? What was their upbringing like? Were they raised in prestige, like Romeo, or did they witness their parents struggle to put food on the table? Whatever you can glean about their upbringing will most likely tie into their present-day personality.

Now it’s time to have fun with an in-depth description of your character at present. This is where you’ll mention that your character is fiercely independent or ferociously shy. Offer up a few specific examples of the character’s interaction with other characters. This will highlight their character traits and support what you have to say about them.

Earlier, we mentioned that no storyline is complete without conflict. Conflict in literature isn’t always literal. You don’t have to have a swordfight on a battlefield for there to be conflict. Sometimes the conflict is interior. The character might be wondering if they should stay somewhere, go somewhere, tell someone something.

Once you’ve crafted an in-depth analysis of the character from childhood to the end of their growth period, it’s time to draw a conclusion. This is your moment to summarize everything you offered as a means to supporting your thesis statement. Conclusions are endlessly important. These are the final thoughts you’ll leave your reader with. As such, here are some tips on how to write a conclusion.

Say Goodbye to Your Character

You’ll want to proofread and edit your analysis before turning it in. Then, it’s time to say goodbye to the character you’ve gotten to know. When you’ve done a great character analysis, you’ll feel like you got to know someone new and might even think of them as a fictional friend. For more on how authors develop their characters, review examples of characterization.