Adjectives That Start with B

Quick! Can you think of any adjectives that start with B? Beautiful probably springs to mind, but after that you might find it harder to come up with one. Indeed, the second letter of the English alphabet often finds itself playing second fiddle.

When you're in high school, you don't want to be on the "B team" when the "A team" is so much cooler. And when your first plan goes pear-shaped, the only thing you have left is the inferior, proverbial "Plan B."

Nevertheless, each and every letter is important. So, let's take a closer look at this runner-up in the alphabet.

Some consonants are inconstant. They're fickle beasts who like to fool unwitting spellers at every turn. Not the letter B; B is a bastion of reliability in the minefield of the English language.

When you pronounce the letter B, your voice doesn't stop, but your airflow is held back for one precious moment behind your closed lips, before exploding into the desired sound.

The letter P is formed in a similar way, behind close lips, but isn't as constant as B. The letter P can pair up with H or S to make wholly different sounds. B, however, is a perfect letter. No matter what it's next to, it makes the same sound. Sure, sometimes B likes to stay silent, like in "debt" or "numb" but, when B makes a sound, it will always be identical to every other B.

Let's get to all those great adjectives that start with B. Feel free to make your own list, too. Then, gear up to challenge your friends to a boisterous game of Scrabble. You will totally destroy them.

With a list of common adjective words by your side, you can go on to accomplish many great and wonderful things in your speech and writing. Your next essay will be bracing; your first manuscript will be breathtaking. Now, let's keep your adjective list growing with a move on to adjectives that start with C. 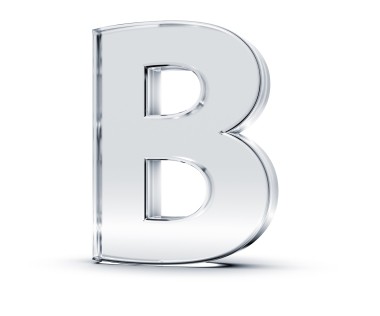 Adjectives That Start with B