Adjectives That Start with C

It can sound like a K, as in catchy, but it can also sound like the soft hiss of a serpent, as in celestial.

The letter C can also be a bit bratty from time to time. It pushes around poor E and I so that nobody really knows which comes first in words such as "ceiling," often making English spelling much more difficult than it should be.

In terms of pronunciation, you've got the hard C that shows up in words like "coffee" or "cupcake." Its twin, however, is that soft C that pops up in the "ice" floating in your "cider."

You're bound to see each of these consonant sounds appear in adjectives that start with C. So, let's get right to it and take on a study of this fascinating shapeshifter.

20 Adjectives that Start with C

One of the interesting things about adjectives that start with C is the fact that the letter can appear twice in the same word with different sounds.

Also, if C is next to an H, you get a whole different kind of sound. In one of the words in our list the beginning C is silent, but the word ends in a hard C sound. You see, the fun never stops with the letter C. So, let's get right to it.

How's that for a study of this most interesting letter of the alphabet? Having a list of adjectives that start with C in your arsenal is bound to make your next piece of writing glow with crisp, clear ingenuity. Feel free to keep adding to this list and share your favorites in the comments below. Keep that pen and paper handy. You don't want to dawdle now. It's time to move on to a short study of adjectives that start with D. 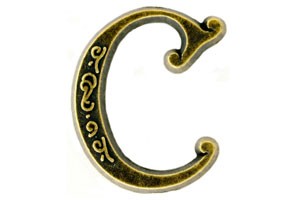 Adjectives That Start with C