Adjectives That Start With E

Don't you feel elated when you see adjectives that start with "e?" Words like ecstatic and enchanting give off a positive aura that's inspired many writers, poets, and wordsmiths of all kinds.

Samuel Taylor Coleridge, one of the greatest poets of all time, often went by the moniker "STC" because he thought his initials sounded like "ecstasy" when said aloud. Let's keep the mood elevated and scoop up a healthy spoonful of these exciting adjectives.

20 Adjectives That Start With E

In truth, there aren't enough pages allotted to these happy little fellows. It's helpful, however, to try to make your own list of common adjective words. That way, you'll always have a handful of smart, descriptive words committed to memory and a handy reference list by your side.

See if you can include every letter in the English language in your reference list. While you're at it, feel free to pluck some from the list below.

Here are our top 20 adjectives that start with the letter "E."

Doesn't this make you want to take off with an eccentric pal to an exotic destination full of effervescent people? It's wonderful how simple words can promote certain feelings of ideas. As you continue to build your adjective list, let's move on to a study of the next letter of the alphabet and examine some Adjectives That Start With F. 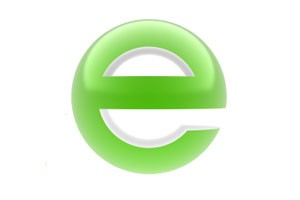 Adjectives That Start With E