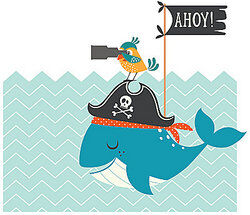 The list of interjections used in English is very long, just as the list of adjectives or adverbs would be. Almost any word or phrase can be used as an interjection if it is inserted into a sentence to show some feeling.

For example, if you hurt yourself, you might say:

Placement in a Sentence

Interjections do not always have to come at the beginning of a sentence either. For example:

In this example, huh would be the interjection at the end of the sentence, designed to show confusion (or perhaps sarcasm or even dismay at the dislike of spinach).

Interjections can even be found right in the middle of a sentence. For example:

"When I think about the number of interjections in English, good gracious, I don't think I could ever list them all."

In this case, good gracious is the interjection, designed to show amazement at the number of interjections, or dismay at the prospect of listing them all.

If you want to jazz up your writing with some interjections, here is a selection to get you started. Some of the interjections listed in the provided PDF include:

Excited to learn more about how you use this fun part of speech in your own writing? Study these examples of interjections and you'll be well on your way to some truly exclamatory times. Better yet, test your knowledge with this interjections worksheet. Then, rest easy, knowing you can express your feelings in multiple ways. Hurray!