What Is An Interjection? Understanding the Part of Speech

Yikes! Gosh! Oh no! Interjections are those little words that express a big feeling in a word or two. As one of the eight major parts of speech, interjections appear in sentences to set tone and emotion. While they do not relate grammatically to the other parts of the sentence, interjections show how the author or speaker feels. 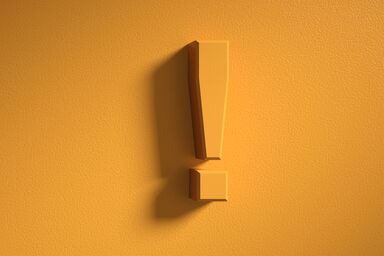 There are hundreds, if not thousands, of interjections in the English language. Most are designed to express strong emotions, such as love, hate, surprise, happiness, anger, enthusiasm, disgust, boredom, confusion, or unhappiness. However, some interjections can express a mild emotion or expression, such as "Excuse me."

A sample list of interjections includes words such as:

Interjections like wow and ouch convey emotion in an abrupt and exclamatory way. They are rarely used in academic or formal writing; they're more common in fiction or casual writing. They're offset by an exclamation point, comma or period, depending on how strong the emotion is.

Interjections are commonly used at the beginning of the sentence. They're also associated with a punctuation mark designed to convey emotion: the exclamation point.

Middle or End of Sentences

Interjections don't always have to be at the beginning of a sentence. They can appear in the middle, at the end, or anywhere else where the author wants to interject a bit of feeling and emotion. For example:

As a Standalone Sentence

An interjection can also be used by itself as a standalone sentence with a period or an exclamation mark. This is grammatically correct, even though an interjection doesn't contain a subject or verb, both normally required for a complete thought. The interjection — or the emotion — is the entire point of the sentence.

If the standard selection of interjections doesn’t work for your writing, consider using an adjective as an interjection. If you use the correct word, it could add some needed personality to your writing. For example:

Wow! Your Writing Is Improving

Use interjections to add life to fictional pieces, especially in the form of dialogue. You’ll find more helpful resources for fiction writing here: