What Is a Proper Noun? Simple Examples and Guide to Use 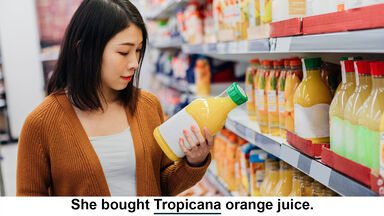 The definition of proper noun is:

“a specific person, place, or thing instead of a general one.” It is the exact and special name for any noun.”

A proper noun is usually understood as a noun that has an initial capital letter, no matter where it sits in a sentence. Proper nouns are almost always singular nouns.

Some common nouns can be proper nouns if they are included in a proper name. For example, "park" is a common noun. However, "Yellowstone National Park" is a proper noun because it's a specific place

Proper nouns can be broken down into different categories to help you remember them. The proper nouns appear in bold in these examples.

Names of People and Pets

The specific names of streets, cities, states, countries and other geographical landmarks are proper nouns. The official names of places like museums, amusement parks, or zoos are also proper nouns.

Names of Days, Months, and Holidays

Days of the week, the names of months, and the official names of holidays are all proper nouns.

People in specific positions are given titles. When these titles are used as part of their name, they are proper nouns.

The titles of books, magazines, newspapers, movies, TV shows, songs, and plays are all proper nouns. For longer titles, only the most important words in the title are capitalized. Prepositions and articles are not capitalized unless they are the first word.

Be sure to remember that while "I" is always capitalized, it's a pronoun not a proper noun.Take a look at the following examples to see other capitalized words that aren't proper nouns.

The only way to determine if a word is a proper noun is to know whether it is a specific name or a general name. Complete some common and proper noun worksheets to make sure you understand the difference, then take the noun quiz to see if you’ve mastered the concept.