What Are Reflexive Pronouns? When and How to Use Them 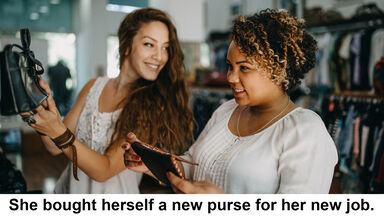 What Is a Reflexive Pronoun?

Reflexive pronouns are used when the subject and the object of a sentence are the same.

In this example, "she" is the subject of the sentence. "Took" is the verb. But who did she take? The answer is "herself," a terrific illustration of a reflexive pronoun at work.

As you examine this type of pronoun, notice how they are used regularly in everyday speech and writing. Explore a list of reflexive pronouns and how and when to use them correctly.

Here is a list of reflexive pronouns as well as their corresponding personal pronouns:

When to Use Reflexive Pronouns

This is especially helpful when using the third-person plural. Consider the following two sentences:

In the first example, you can't be sure if "them" is referring to some other things or back to the original "they," the subject/noun of the sentence.

In the second example, you have a better understanding, because you know that whatever or whoever "they" stands for, it is the same as "themselves."

One of the biggest markers for reflexive pronouns is their ending. They always end in -self or -selves and refer back to a previously mentioned noun or pronoun. Another giveaway is the fact that these pronouns serve as the object of a sentence, always coming after the verb.

In the first example, "I" is the subject/noun, "taught" is the verb, and "myself" is the reflexive pronoun, referring back to the noun "I." "Myself" is also the object, answering the verb "taught."

In the second example, "you" is the subject/noun, "know" is the verb, and "yourself" is the reflexive pronoun, referring back to the noun "you." "Yourself" is also the object, answering the verb "know."

When a reflexive pronoun is an indirect object, it demonstrates why or for whom the action is performed. For example:

You can use reflexive pronouns together with the word "by" to mean "alone" or "without any help:"

Reflexive pronouns can also be used to add emphasis to a noun or pronoun, and are then known as emphatic or intensive pronouns. When it is emphatic, the pronoun can be removed from the sentence and the sentence will still make sense:

Here are some examples of each reflexive pronoun used in sample sentences:

Not all rules for grammar are cut and dried. Therefore, you can get into some sticky situations where reflexive pronouns can be used incorrectly.

One common error comes with compound subjects and objects. For example:

If you take David out of the equation, then it will just be “myself will go to the movies”, which is definitely grammatically incorrect. Instead, you’d use “I”.

Let’s check out another example:

In this sentence, if you take out “Dr. Gall”, you are left with, “You can give your essay to myself on Friday”. As you can see, “myself” would be incorrect. Instead, you would use “me”.

Another area to be careful of is using reflexive pronouns for activities that you normally do alone. For example:

The exception is when trying to show emphasis like:

Reflexive pronouns are common in everyday language. They allow you to point back to, or reflect on, the subject of the sentence with clarity.

If these words have piqued your interest in the world of pronouns, you should examine other kinds of pronouns, including personal pronouns, possessive pronouns, and relative pronouns. And, when you're through, test your newfound expertise with this pronoun quiz!