Why Do People Have Difficulty with Pronoun Usage in English?

Perhaps you’ve seen one too many office memos or emails misusing pronouns and you’re wondering why people can't seem to use pronouns correctly. Or perhaps you’re one of those people who just know which pronoun to use, and you don’t understand what’s so hard about it. If so, count yourself very fortunate because English pronouns are pretty hard to master, mostly because there are several different kinds, and some of them are exactly alike while others are completely different. 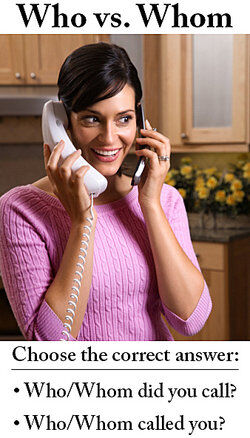 For people learning English as a second language, pronouns can be difficult because they are expressed differently in their native language. “It” doesn’t exist in many languages, reflexive verbs are formed differently, and some languages only have one relative pronoun. Mastering English pronouns takes a lot of time and practice.

Native English speakers sometimes have a hard time choosing the correct pronoun in English because some of the pronouns are homonyms. For example:

The biggest problem people have with pronoun usage in English is choosing between subject and object pronouns. Luckily, if you are a native English speaker, it’s a pretty easy fix. How many times have you heard sentences like these and cringed?

First of all, for those of you who just read those sentences and didn’t see a problem with them, pay attention. In each one, a subject or object pronoun is used incorrectly. The correct sentences should read:

Now, you may feel like the second sentence now sounds improper. You were constantly corrected growing up to say, “__________ and I” because it sounds more refined. Well, it only sounds more refined if you’re using it correctly. If you misuse I and me, it doesn’t sound refined at all; it just sounds wrong. The test to find out whether you are using the correct pronoun is simple – just remove the other person and ask yourself if the pronoun is correct.

Now, keep the correct pronoun (I), and put the other person back in:

Let’s try it with the other sentences:

The other tricky pronouns are who and whom, which are also subject and object pronouns respectively, so you can use a similar trick to figure out which one you need. Pick a subject/object pronoun pair – she/her, for example – and use one or the other to answer these questions:

Hopefully, this has been more enlightening than confusing, and now, even though you understand pronouns perfectly, you’ll start to understand why those who didn't learn English as their primary language have so many problems with pronouns.