Try to Relax (Don't Be So Tense)

With so much on the line, it's hard to be calm when you're trying to get all your little verbs in a row, but you kind of have to relax if you ever want to conquer them. When people are nervous and jittery, the first thing they tend to forget is their grammar. The next thing to go is their vocabulary. If lose your grammar and your vocabulary at the same time, you will probably end up looking forsakenly at the sky or crestfallenly at the dirt in no time.

These mistakes often have a snow-balling effect that crushes the speaker and causes him or her to fear verbs and all they stand for. One way to keep the avalanche of grammatical errors from crushing you is to slow down.

Furrow those brows and look thoughtfully; no one will imagine that verb tenses are flickering through your brain.

Take a deep breath. Next stop:

Luckily, there are only a three main ways to conjugate verbs in English. The most creative way anyone has ever thought of naming these conjugations are first form, second form, and third form. When you learn new verbs, you should learn all three forms of that verb so that when you are working in different tenses, you've already done half the work.

The first form is the only form that changes depending on who you're talking about. In the first person, second person, and third person plural, it's all the same, but in the third person singular, you usually add an s to the end of the verb.

The first form is often called "infinitive" when there's a "to" in front of the word, e.g., "to scream" would be the infinitive of the verb used in the above examples. First form verbs are best suited for simple present and future tenses.

Among others, the three most important verbs in the language are irregular: "to do" and "to be," and "to have." That irregularity doesn't matter in this tense, but it matters in every other.

The second form is super easy. Most of the time, you just stick an "-ed" on the ends of unsuspecting verbs to coerce them into a life of servitude as second form citizens. What's wonderful about the second form is that it's the same no matter whom you're talking about.

The third example above does not end in "-ed" because "to speak" is irregular. The only way to learn the second forms of irregular verbs is to look them up here at YourDictionary and learn the conjugations.

The second form is best suited for past tenses.

The third form is impossibly difficult. You need to remember everything when it comes to third form verbs. Some third forms are identical to their first forms, some to their second forms, and some add an "-en" at their ends. Also, just to make everything a little more difficult, the third form often needs a helping verb that's conjugated appropriately.

The third form is by far the toughest. It's used in all of the perfect tenses and sometimes in antiquated Bible tenses that only technically still exist in modern language.

Working Around Rules for Conjugating Verbs

Until you learn your rules for conjugating verbs perfectly, the only way to make yourself understood is to speak slowly and clearly, defining precisely who and when you are talking about. Of course, this method won't work on a test or in a classroom; but, if you're in a jam and just want to communicate, or if you're just beginning to communicate in English, it'll do. Just make sure that you tell whomever your speaking with what timeframe you're working in and which people you're referring to, and nine times out of ten, you'll be fine.

For everyone else, look up every tense individually at YourDictionary and work through them one at a time until you can look at a tense and tell a whole story in it. 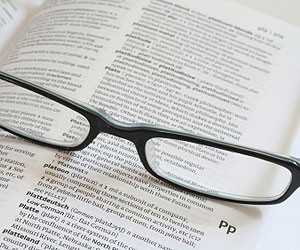