How to Conjugate Progressive Verb Tenses (With Printable)

English verb tenses, being the one of the most confusing things to learn, is best learned by dividing and conquering the beast. Once you split the tenses into separate categories, it should be much easier to learn how to conjugate them. 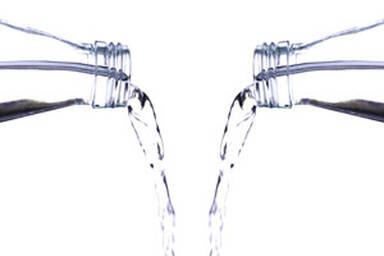 How to Conjugate Progressive Verb Tenses

The three categories of English verb tenses are simple, progressive, and perfect.

These categories, if taken one at a time, are like bits of a song. When a person learns a song, they learn it in chunks and stick it together to make something beautiful. You could also think of grammar as a necklace, and the verb tenses as beads that make it up. If neither of these metaphors work for you, think up your own. The point is that learning parts while thinking of the whole is helpful.

One thing that's perhaps easier than any other English verb tense in this regard, is conjugating the verbs themselves. All you have to do is take the root verb in its first form and stick "-ing" at the end of it.

It doesn't matter if the verb is regular, irregular, Latin, Greek, or even Japanese; you put "-ing" at the end of a word and you have a progressive verb. Some people call them liberals, but they prefer the term progressive.

If you haven't asked the $64,000 question yet, here it is: if all you have to do is stick "-ing" at the end of a word to make it a progressive verb, how does anyone know what time period you're talking about?

Well, that's the tricky part of the progressive tenses. The only way to make sure that people understand what you're talking about is with a little help from your friends. Helping verbs are an English speaker's best friend. At first glance they seem a little difficult, but they're actually one of the sweetest shortcuts any spoken language has to offer. If you can conjugate "to have" and "to be," you can use the progressive tense easily. If you can't conjugate "to have" and "to be," now's the perfect time to start getting the verb conjugation rules down.

The present progressive tense, also known as the present continuous, is the tense that describes what is happening right this very moment. When you're talking about the here and now, use the present form of "to be" as a helping verb.

Conjugate Verb to Past Progressive Tense

The helping verb to use in the past progressive English verb tense is still "to be." Just conjugate it into the past.

If you walk into a room and say "I was walking the dog," everyone will be wondering "then what happened?" That happens because of the implied instance of an interrupting event. Try it. In written language, it should be avoided at all cost, though, as it is a cheap trick. Novice poets think they are being clever when they end a line with the past progressive, but as far as tropes in English verb tenses, it's pretty low and lame. If you use it as it's intended, though, you'll be all right.

Progressive Verb Tenses Are on the Move