What Is an Irregular Verb?

If you examine the definition of irregular, it reads: something that doesn't conform to accepted or normal standards. So, if you've been wondering "what is an irregular verb?," it means it's acting outside the typical constructs of the English language. 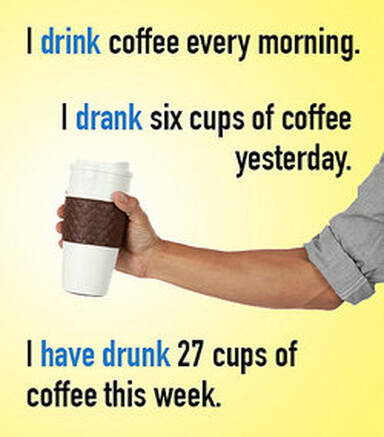 Man holding coffee cup as what is an irregular verb

Irregular verbs shift between tenses according to their own set of rules. Even though that may seem like a lot, it's something you can master. Let's take a closer look.

Irregular verbs live by their own set of rules; they are the mavericks of the English language. A regular verb will change from present tense to past tense with the simple addition of -ed at the end.

Let's take the verb to drink. You can't turn, "I drink green tea," into, "I drinked green tea." For the past tense you say, "I drank green tea." Drink belongs to the class of irregular verbs because it shifts from drink to drank, not drink to drinked.

In truth, most of the verbs in the English language are irregular verbs.

Conjugation for an Irregular Verb

This means that verbal conjugation is a game of memorization. You need to memorize the specific conjugation for each irregular verb.

Since there are no specific rules regarding conjugating the tenses of irregular verbs, the only way to really learn them is to keep your ears open. Every time you learn a new verb, make sure you know all the conjugations of that verb so that when you use it you don't misspeak.

Here are some irregular verbs that are commonly misspoken to get you started on your irregular adventure:

The English language is quite forgiving, which is helpful for those in the early stages of learning. When an English learner says, "Yesterday I speaked with the president," it may not be accurate, but people are still going to understand.

In order to advance from those kinds of grammatical errors to pristine English, an irregular verb chart can help. Other languages have strict conjugation rules that are required just to get a simple point across. The English language provides a little bit of wiggle room, but you still want to aim for accuracy and clarity.

If you want to sound intelligent or at least like a native speaker, you should mind your irregular verbs. They aren't very hard to remember, and they really do make a difference when you're speaking with anyone whose opinion you care about. Having a firm grasp on irregular verbs displays a command of the English language.

Teachers, bosses, and English majors cringe when someone says, "I have swam," or "I should have went." Such sentences are understandable, but just plain wrong. They should be spoken as, "I have swum," or "I should have gone." Sometimes, conjugations are vague or depend on how English is spoken in that part of the world; but most words have three forms, and it's good to get them right.

English is a versatile and expressive language but that can make it tricky to learn. The most common English verbs, like "to go" or "to have" or "to be," are all irregular and take a bit of practice to master.

Learn more about the correct use of swam and swum or try kickstarting your practice with an irregular verb game. When you have your irregular verbs down pat, you won't be able to stop noticing how many people have them wrong.