When you italicize a word or a phrase, it gets noticed. However, italicized words (typeface that slants to the right) are a bit understated and may not attract the same attention as say, bold or underline. Italics are popularly used to call attention to specific words in a block of text, but there are certain style rules regarding when to italicize. 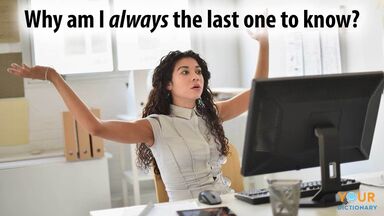 Examples of What to Italicize

Like so many rules in the English language, rules for when to use italics in text vary. There are some general rules regarding using italics. However, for any school assignment or publication submission, you should follow the recommended style guide or any specific style instructions provided to you.

Italics can be used when you want to emphasize a certain word or phrase in a sentence in informal writing. This would not be appropriate for academic writing, but is common in many other types of writing.

The names or titles of periodicals and other publications should be italicized.

Italics are appropriate for titles of standalone works of writing, such as full-length books and plays. This includes specific published versions of sacred texts, but not generic references to such texts.

In formal writing, shorter works, such as poems, short stories or articles are generally presented in quotation marks rather than italics. However, some websites or other publications use italics, preferring instead to use quotation marks only to quote a source’s exact words.

Titles of Other Creative Works

Titles given to standalone creative works should be italicized.

Components of written works, such as episodes of podcasts or individual songs are typically presented in quote marks in formal writing. However, italics are often used on websites or in other publications where quotation marks are reserved only for quoted text.

When a word is used in a text that is in a language other than what the text is written in, the term should be italicized.

References to legal cases should be italicized when they appear in text.

The formal names given to some vessels, such as trains, ships, aircraft, and spacecraft should be italicized.

Note that the prefix for a vessel name, such as USS, is not italicized; only the actual name of the vessel itself should be presented in italics.

What About Underlining Instead of Italics?

In the past, some style guides recommended underlying for the types of names and titles that should now be presented in italics. This recommendation pre-dates commonplace use of computers and is based on the writing considerations when works were either handwritten or drafted on a typewriter. While underlining can still be used for emphasis, it has been largely phased out for other purposes.

Text should not have more than one formatting enhancement. For example, avoid using italics and underlining on the same word or phrase. Choose one or the other to show emphasis, not both.

How to Write in Italics on Paper

If you are preparing a handwritten document and you wish to use italics for a few words or phrases, simply slant those words to the right if you are printing. However, if you are writing in cursive or if your letters naturally slant to the right, it would be best to underline the terms you want to emphasize.

Now that you have an idea of when it’s appropriate to use italics, this is a great time to explore other elements of formatting reports or other documents. It’s also a good idea to learn and start following the style guide that applies to your field of study or expertise. For example, APA format is used in the social sciences, while MLA format is used in the humanities.