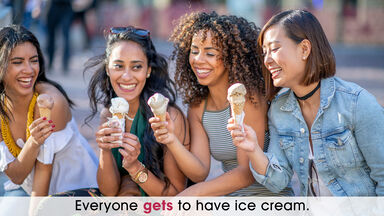 Before you can start fixing errors, you need to be clear about the rules for subject-verb agreement. Basically, the subject of the clause must agree in number with the verb of the clause; if you have a plural subject, you must have a plural verb.

It can help to look at subject-verb agreement examples to make sure you understand. Once you do, you’re ready to start finding some common errors in your own work or in the work of others.

Six Subject-Verb Agreement Problem Areas and How to Fix Them

Watch for these problem areas when it comes to subject-verb agreement. These situations are where you’ll see the most mistakes.

The Subject and Verb Are Separated

Incorrect: One of these dogs wear a blue collar.

Correct: One of these dogs wears a blue collar.

The subject of this sentence is the singular “one,” not the plural “dogs.” This means the verb should also be singular. To fix this type of error, take a hard look at the sentence to identify the subject.

The Verb Comes Before the Subject

When the sentence structure has the verb coming first, it can confuse the writer or speaker and lead to an error in subject-verb agreement. The following example shows how this works:

Incorrect: There is many situations where it’s not practical to wear sunglasses.

Correct: There are many situations where it’s not practical to wear sunglasses.

The subject of this sentence is the plural “situations,” which means it requires the plural verb “are.” To fix this error, identify the subject to which the verb is referring, even if it comes after the verb.

A Singular Subject Ends in an “S”

Some singular nouns end in an “s,” which can make them seem plural. This is especially confusing and may lead to errors like the following:

Incorrect: Physics are important for understanding how the world works.

Correct: Physics is important for understanding how the world works.

Even though “physics” ends in an “s,” it’s still a singular subject. The verb needs to be singular too, so “is” is correct. To fix this error, think twice about whether the subject is singular or plural.

When the subject involves more than one noun, things can get confusing. This often happens when you have a short list of people or things that form the subject of the sentence. Here’s an example:

Incorrect: Sarah, Ella, and Cleo is going to the movies.

Correct: Sarah, Ella, and Cleo are going to the movies.

Here, the subject is a group of three people: Sarah, Ella, and Cleo. This means it is plural, and it requires a plural verb like “are.” It’s easy to get mixed up because the last noun in the list is singular, but the subject is really all three girls. To fix this error, pay special attention when you see a list that makes up the subject of the sentence.

An Indefinite Pronoun Acts as the Subject

Incorrect: Everyone get to have ice cream.

Correct: Everyone gets to have ice cream.

Here, “everyone” is a singular pronoun that actually refers to a group of people. It feels plural, but it’s really singular. That means it needs a singular verb like “gets.” To avoid this type of error, pay special attention to indefinite pronouns when you use them in your work. Take a moment to think about whether the pronoun is plural or singular, even if it is referring to a group.

The Subject Involves a Coordinating Conjunction

A coordinating conjunction like “neither/nor” or “either/or” can be extremely confusing for subject-verb agreement. The rule here is to use the last noun in the pair to determine whether the subject is plural or singular. Here is an example:

Incorrect: Neither Jack nor his friends wants to go to the baseball game.

Correct: Neither Jack nor his friends want to go to the baseball game.

Because “friends” comes after “Jack,” it is the subject. Since “friends” is plural, it needs the plural verb “want.” To find errors like this, double check the sentence every time you see a coordinating conjunction.