Every decade has its own slang. The slang terminology that became popular during the 1930s is a type of jargon that is completely unique to the spirit of the time. Slang from the 1930s embodies the history of what was going on in the world during that time, as well as a fusion of everything that was considered "cool" during the era. 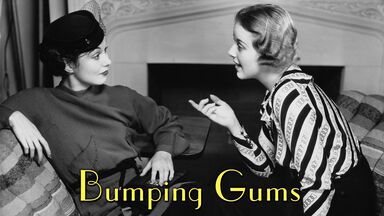 Much of the popular slang of the 1930s consists of widely recognizable words that are used today, some in the same way they were used back in the day. However, some of the slang words from the 1930s have since taken on a different meaning.

Following closely on the heels of prohibition, alcohol use came out of the shadows in the 1930s. A number of interesting slang terms for drugs and alcohol became part of the vernacular during this era.

Quite a bit of slang related to coppers and criminals originated during the 1930s. A lot of slang terminology that is still used in law enforcement and to refer to criminal activities can be traced back to this era.

History of the Era

It has been long said that if the 1930s were a book, it would begin with the Great Depression and end with the beginning of the second World War. It was the fourth decade in the twentieth century history of the United States, the country's darkest hour, yet quite possibly one of the most social decades of all.

Despite the toll taken by the Great Depression, the spirit of the times fused the tension of the era with social realism. As a result, there evolved the slang of the 1930s - a now lost treasure, or dissonant charm, this was the slang that encouraged lost minds to awaken to new hope and forge ahead toward their dreams. For more insights about this decade, review a selection of quotes about the 1930s. If you’re more interested in slang itself, explore the history of American slang words.