California Slang: Essentials From the Bay Area and Beyond 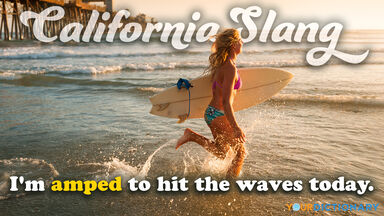 Some of the above words may be familiar to you from social media and television. However, up in the Bay Area, they're more likely to get a chuckle than a high-five. "Hella" is much more at home in San Francisco than "for real." Take a look at these examples of Bay Area slang and you'll sound like a NorCal local in no time.

Like the surfer world of SoCal, Silicon Valley is very influential over the culture and communication of the Bay Area. Several industry-specific buzzwords have made their way into slang both inside and outside Silicon (not silicone) Valley. (But don't call it the Valley — that's either San Fernando Valley or the Central Valley, depending on where you're from.)

Once you know how to talk like a Californian, you'll never want to leave. Of course, there are many more interesting facts about California than the way the locals talk! Compare the Golden State with another warm and beachy state with these Florida slang terms you may not already know. You might also want to explore other words for cool.