Even though Canadians officially speak English and French, Canadian slang can be considered a third language everyone understands. The specific Canadian slang terms vary from region to region with some slang being used universally across Canada. These are some of the most popular Canadian words and phrases used as slang. 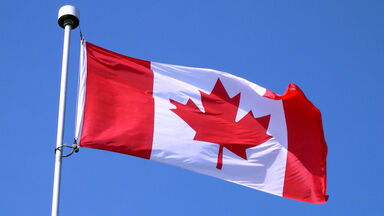 Canadian Slang of the Atlantic and Central Provinces

If you’re visiting Eastern or Central Canada, including Newfoundland, Nova Scotia, New Brunswick, Ontario, and Quebec, these slang words will be familiar to the locals. Some have a French Canadian influence.

Slang of the Prairie Provinces

The Canadian Provinces, known as “the Prairies,” in the middle of the country have their own unique slang terms. These are a few examples of slang in Manitoba, Saskatchewan, and Alberta.

Slang of Western and Northern Canada

The Western and Northern portions of Canada are vast, and there is much variation in the landscape and culture in British Columbia, Nunavut, Northwest Territories, and Yukon Territory. However, these slang terms are unique to this region.

What Are Some Canadian Slang Words Used Everywhere?

In addition to regional slang variations, there are some Canadian slang words universally understood throughout the country. Whether you’re visiting Toronto or exploring the Yukon, these colloquial terms are recognized everywhere.

What Do Canadians Call Americans?

Even though Canada and the United States are both part of North America, Canadians still call residents of the United States “Americans.” They don’t really have a slang term for their neighbors to the south. However, older generations sometimes call U.S. residents “Yankees.”

No matter where you live, slang affects the English language in fascinating ways. Over time, the line between proper English and slang becomes blurred, and many slang words become part of the larger language. That’s true for some of these Canadian words and phrases, which are so widely used that everyone understands them.