Have you ever wondered what some carny slang words mean? Like other organizations and industries, carnivals and the people who work in them have a jargon all their own. 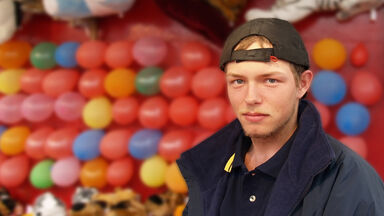 Before discussing carny slang, it's important to define carny and carnival. The word carny is a slang term in North America for a person who is employed by a carnival. A carnival, as the term is being used here, is a short-term event with outdoor rides, booths, games, shows, and concessions. Carnivals travel from town to town, setting up on parking lots or grassy areas.

Workplace jargon is common in every industry. In carnivals, there are several slang terms for things like cheating the boss, customers and prizes. Learn some of the slang terms that carnival insiders use to refer to these things.

There are a few different carny terms for money, including bringing in cash from visitors as well as when workers steal money collected for themselves rather than turning it in to the boss.

While carny is the most general slang term for carnival workers, it isn’t the only one. Carnivals have a number of workers, each of whom has a specific role to fill.

Carny lingo includes a number of words to describe visitors to the carnival, most of whom are people from the local area near where the carnival is set up.

A few different terms are used to refer to the merchandise carnival visitors can win by playing various games of chance.

While carny lingo includes several terms for money, customers, workers, and prizes, there are also quite a few other common slang terms used in the industry. The next time you attend a carnival, pay close attention to what workers are saying and see if you can pick up any of these slang words

Picking up jargon used within a specific industry is a good way to learn the lingo. Do you love mastering these kinds of words? Review an American slang dictionary for even more interesting slang terms. If you like knowing how such terms originate, explore the history of American slang words.