The Definition of 'Deepfake' and Its Role In Today's Culture

Photo manipulation has existed since the early days of photography. Famously, a portrait of Abraham Lincoln (circa 1865) is actually Lincoln’s head superimposed over the body of politician John C. Calhoun. Photography has come a long way since then, and the most advanced form of photo manipulation today is the deepfake. 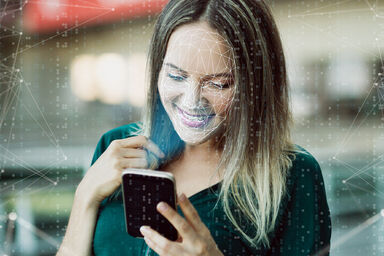 What Is a Deepfake?

Deepfaking is a method of stitching a person into an image or video, specifically using machine learning. The end result is not unlike the Abe Lincoln portrait, though the method is far more advanced and creates a more convincing image.

The word deepfake is a portmanteau of “deep learning” and “fake.” Some people use deepfake as a general slang term for images/photos that have been edited. That includes images that have simply been photoshopped or videos that have been slightly edited to fool or mislead the audience. These are still different and distinct from actual deepfakes.

What Is Deep Learning?

Deep learning is a type of machine learning. The process gets a little technical, but it basically involves the use of a neural network that simulates the human brain, making it a form of artificial intelligence.

You might bristle at the thought of artificial intelligence, but deep learning won’t lead to machines gaining sentience and taking over the world. A system that uses deep learning can’t “learn” on its own. Someone has to feed data to the system, and the neural network can only learn from that dataset.

Outside of deepfakes, deep learning can be used for basic analytical tasks and automated functions. Today, it’s already found in all sorts of everyday tech, including:

How Are Deepfakes Created?

With deepfakes, a creator needs to train the deep learning system to understand a person’s face. That involves feeding the neural network hours of actual footage, which allows the network to learn how a person’s face looks given changes in lighting, angle, and facial expression.

Using computer graphics and the now-trained neural network, the creator overlays a person’s face onto the face of a different actor. However, deep learning systems aren’t perfect; the creator must still make manual adjustments, frame by frame.

A similar process can be applied to audio. This generates deepfaked voices, or voice clones.

How Are Deepfakes Used?

On the generally more harmless end of the scale, larger movie studios have used forms of deepfake technology to de-age older actors to make them look younger in flashback sequences. Similar tech has also been used to feature actors who have died.

For example, in The Book of Boba Fett, deepfake technology was used to recreate a young Mark Hamill as Luke Skywalker.

More notoriously, deepfakes have been used to misrepresent political leaders. Deepfake creators can basically simulate, say, a president, prime minister, or other political leader. Combining that with voice clones allows for increasingly convincing deepfakes of political leaders saying anything that the creator wants, spurring the spread of misinformation.

Recently, a video that was quickly taken down showed a deepfake Volodymyr Zelensky, President of Ukraine, announcing his surrender and calling on Ukrainias to lay down their arms.

While deepfake has almost turned into slang for any altered image or video, it’s definitely worth understanding actual deepfakes and their potential impact on society. Learn about other fakes and misinformation tactics: