Glossary of Railroad Terminology or Slang

Are you interested in seeing a glossary of railroad slang? Some train lingo is widely known, but chances are that you’ll be surprised by several of these railroad terms unless you work in the industry. Discover slang and jargon used to describe railroad equipment along with a variety of general terms related to trains, rail yards and the people who work on them. 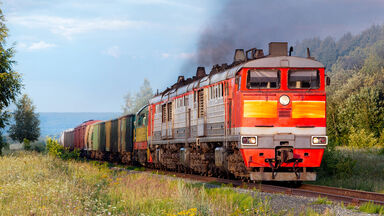 Find out what terminology rail industry insiders use for various pieces of railroad and train equipment.

Get to know the lingo of railroad professionals by mastering the official terms and slang for a variety of general railroad terms.

Railroad jobs tend to have very interesting names. Discover slang words and job titles for some of the most interesting positions held by people who work on trains or in rail yards.

Language of the Railroad Industry

The railroad remains an important part of the supply chain, and likely will for decades or centuries to come. From the start of the railroad in 1815 through deregulation in 1980 and to the present, the railroad industry has always been surrounded by lore and legend, so it shouldn’t be surprising to find out that jargon and slang terms have developed specific to this industry. Discover more about jargon in the workplace.