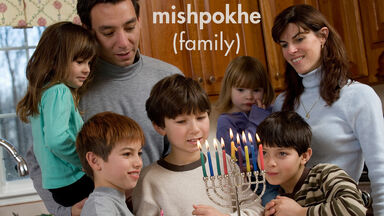 There are a number of Jewish or Yiddish terms considered to be slang. Be a mensch and learn them all!

There are more Yiddish slang words than there are letters in the alphabet. No matter what feeling you’d like to express, chances are that there’s a Jewish slang word that will get your point across.

Not all Jewish slang is limited to solo words. There are a number of interesting Yiddish slang phrases.

Check out these funny Jewish sayings for more ideas of commonly used phrases and expressions.

The usage of Hebrew or Yiddish as an everyday speaking language has not always been as prevalent as it has come to be today. Many people of the Jewish faith were already fluent in other languages and then took on the language of their religion afterwards.

Learn More About the Impact of Yiddish on English

Some Jewish slang terms tend to be used only by people who are Jewish or strongly linked to Jewish traditions or culture, while others are commonly used by English language speakers who are not part of the Jewish faith or culture. Now that you are aware of some of the most commonly used Yiddish slang, expand your knowledge even more by exploring this list of English words of Yiddish origin.