At one point or another, most of us have “geeked out” about something we’re really interested in. From sports to TV shows to that new online game everyone’s playing, we’re all capable of overrunning a conversation with our favorite topic. But what happens when that topic is so all-consuming that it affects or even destroys your social life? You may be an otaku fan — and you may be in for a rude awakening. 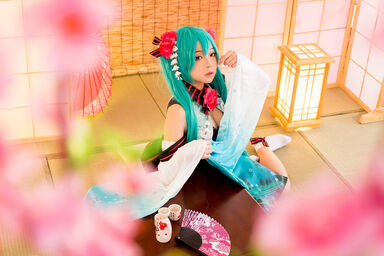 The Japanese honorific otaku (お宅, pronounced oh-TAH-koo) describes a person with an obsessive interest in a subject, especially Japanese anime or manga. Its literal translation is “your house,” possibly meaning that the otaku’s area of interest is so consuming that they don’t leave their house. Otaku is similar to enthusiast or fanboy (or fangirl), or even nerd or geek, but with more of a hardcore, unyielding, antisocial connotation.

What Are Otaku Interests?

You may be an otaku if you are really, really invested in:

This is certainly not a complete list, of course. If you’ve got an intense interest in any subject (we see you, face-painted sports fans), you could be considered an otaku as well. But traditionally, otaku interests revolve around technology and Japanese culture.

First used in a 1983 essay titled “Research for Otaku” by Nakamori Akio, the word otaku has gained some popularity in both online and offline platforms. Its association with serial killer Tsutomu Miyazaki, known as the Otaku Murderer after his love of anime, gave the word a decidedly negative feeling. Since then, otaku culture has appeared in numerous anime shows and manga series, as well as fan conventions and gamer platforms.

How To Use Otaku

You can use otaku as both a noun (“He’s such an otaku”) and an adjective (“Anime conventions are only for otaku fans”). For example:

Is Otaku an Insult?

If someone calls you an otaku, it could be either a put-down or a term of admiration. Your interest in a specific subject may attract other otakus, in which case, otaku is a friendly name showing camaraderie. But if you’ve just finished talking about Naruto for 45 minutes without noticing that no one is listening anymore, being called an otaku might not be such a nice gesture.

You Don’t Need to Be Ashamed

Otaku often has an antisocial vibe to it. But if you’re a true otaku, own it. You can bring it back like Stanford University’s “nerd nation” or the idea of being a “proud geek.” Think of an otaku version of The Big Bang Theory — a group of friends who are totally fine with their level of obsessive interests — and you’ll be on the right track.

If you’re out of the otaku loop, there may be more current slang that you’re missing out on. Next, check out: