Prison Slang Through the Years: Common Terms Behind Bars

Are you looking to expand your vocabulary with some real-world prison lingo? Explore these categorized examples of prison slang to learn a broad selection of these types of terms. 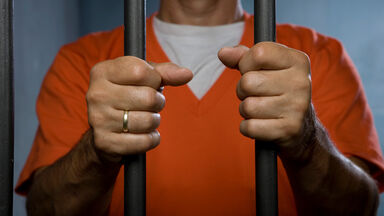 There are a lot of slang terms used to refer to an inmate's prison sentence, as well as to charges and convictions.

Inmates can be referred to by a variety of different slang terms based on their individual circumstances.

There are distinct slang terms for certain areas within a prison.

Slang for Prison Activities and Behaviors

Various activities and behaviors that take place within a prison also have their own slang terminology.

Prison Slang for Items and Apparel

There are several slang terms for items that find their way into prisons, as well as for the apparel that inmates wear.

Prisoners often use code terms and slang to refer to prison employees, as well as standard police slang.

Now that you are familiar with many common prison slang words, take a look at some gangster slang from the 1920s. This will provide you with a unique historical perspective on crime-related slang. From there, explore a selection of slang words for jail. After that, if you're hungry for even more information, review these examples of slang words from the past and today.