Throughout the history of the United States, there have been many slang words for jail. Depending on the era in which you were born, you will definitely notice that people alter and come up with new nicknames for prison native to the time. If you think back to the many slang words for jail that you have heard over the years, you will more than likely come up with a longer list of words than you ever imagined possible. 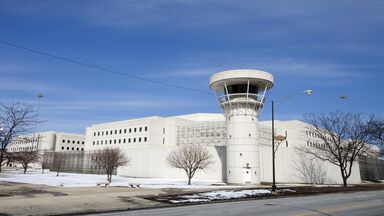 Jail Has Its Own Slang Words

Here is a list of popular terms considered slang for jail. Some of them you may recognize. Nonetheless, these are terms that have filtered down through the eras and have managed to retain their place and usage in contemporary American linguistics.

The previous list is a combination of words used to describe the word jail in a broad sense, but there are also slang words for some specific prisons. These are some of the most famous.

This particular prison is situated on a rocky island in the San Francisco Bay. Alcatraz was open for 29 years and has quite a bit of history surrounding it. Although the prison is now closed, it has made its mark on prison slang words. It used to be nicknamed “The Rock,” but this nickname has since become a term that generally relates to any prison.

Finally, the words "the farm" used to refer to the infamous maximum security prison in Angola, Louisiana. "The Farm" is an actual prison farm where the inmates work tirelessly during the day. In the 1940s, it was the worst prison in America.

The Arkansas Department of Corrections runs a prison in Varner, Arkansas that houses men only. At one time, it was the main prison in Arkansas for young, male convicts, and this lead to its nickname of “Gladiator School.”

The California Men’s Colony, an all-male prison on the coast of California has a favorable nickname due to its many educational options and vocational activities. It’s nicknamed “Garden Spot,” and it’s sometimes also called the “Country Club.”

Located on the Cumberland River, the Kentucky State Penitentiary is nicknamed “Castle on the Cumberland.” Although the current building dates to the 1930s, a much older building probably influenced the nickname. Originally, the prison was made of stone and had a Gothic-style entrance gate with two crenelated guard towers. It was built to emulate Warwick’s Castle in England.

This maximum security prison in Oklahoma is nicknamed for its location in the city of McAlester. It’s called “Big Mac” by inmates, as well as locals.

Another example of generalized slang for prison that came from a specific prison is the term "the castle." This term used to refer to Sing Sing prison. Located in Ossining, New York, Sing Sing prison is one of America's oldest prisons and used to be called "the castle on the Hudson River." The word "castle" is now used to refer to any jail as well.

History Behind the Words

The culture of a society can have a particular impact on the words that evolve out of that era, especially when it comes to examples of slang.

Many of the words that are now slang for jail came from the time when gangsters were seen as heroes and gangster slang became part of everyday language. The nation was in the middle of a huge recession, known as The Great Depression, and people needed heroes. They found their national heroes in criminals who were fresh out of the big house, and this influenced slang of the 1930s.

There are a plethora of words used as slang for jail that have managed to filter down into colloquial language. Knowing these words will help you understand books from the 1920s and 1930s, as well as movies that use prison slang terms. It will also help make your own writing more colorful.