What Does 'Adulting' Mean? Exploring the Modern Term

If your first reaction to receiving your annual tax return is “Thank goodness, now I can buy that new water heater I’ve had my eye on,” congratulations — you’re adulting! Adulting is that train station that transitions you from doing-what-I-want Childland to doing-what-needs-to-be-done Grown-Up Town. But don’t get on just because you’re a legal adult; adulting requires a bit more than being the right age. 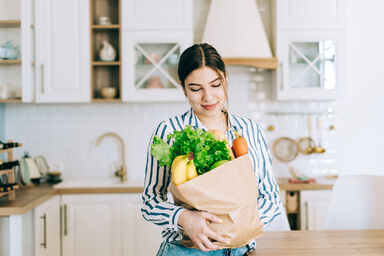 Adulting Is Hard (But We All Do It)

To adult is to perform everyday tasks simply because they need to be done, not because they’re fun or they give us a reward. Paying bills, taking care of children, and buying healthy foods are examples of adulting — the only rewards are electricity, healthy children, and lower blood pressure. (Actually, that doesn’t sound too bad.)

A New Word For an Old Concept

The noun adult, meaning “grown-up person,” comes from the Latin adultus and has been around in English for hundreds of years. However, adulting is much younger. It first appeared in the 1980s as a verb for “committing adultery” before being redefined as “acting like an adult” in Kelly Williams Brown’s blog Adulting. Brown’s 2013 book, Adulting: How to Become a Grown-Up in 468 Easy(ish) Steps, further popularized the word, and it’s been gaining popularity with Millennials and Zoomers ever since.

Memes Can Say What We Often Can’t

The meme of adulting joins other popular memes that purposely use words incorrectly or unconventionally to make a point. For example, the Stonks meme mocks those who aren’t financially literate (and who may mispronounce stocks as stonks.) When someone comments about sportsball or sportsing, they’re purposefully revealing that they don’t know much about sports. The same goes for adulting — if you’re using adulting to describe your life, you’re being self-deprecating about your maturity level.

Adulting isn’t as hard (or boring) as it looks, even though it can look really hard (and boring) sometimes. Most non-adulting behavior is easy to shift into adulting. For example, if your breakfast currently consists of eating kids’ cereal out of the box, try pouring it into a bowl first. Adulting! (You can work on your Lucky-Charms-to-Fiber-One transition later).

For more forays into adulting, try:

Just because you’re adulting doesn’t mean your youth is over. Stay in the 21st-century know with Zoomer slang, such as: