What Does 'On Fleek' Mean? A Look at Its Origins

When you’re on fleek, you know it — and so does everyone around you. You’re primped and polished, groomed to the max, and ready for anything that comes your way. But where did this odd phrase come from, and is it just for Millennials? 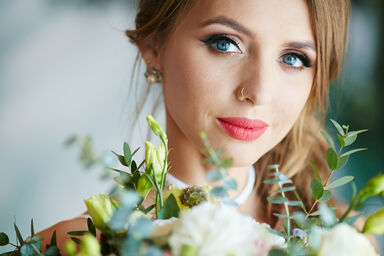 On Fleek: On Trend

Something that’s on fleek is perfectly executed, groomed and attractive. Popularized in a 2014 video on Vine by Kayla Newman to describe her flawless eyebrows (“eyebrows on fleek”), the AAVE (African-American Vernacular English)-inspired phrase typically refers to part of your appearance that’s excellently groomed.

On fleek’s moment of popularity spiked in 2014, when the youngest Millennials were older teenagers. It quickly made its way to corporate social media accounts, turning on fleek from a hip commentary into an overplayed Millennialism. Today, using on fleek to describe something may reveal you as an unapologetic Millennial (or PR rep from a fast food company), but if you are one anyway, go ahead and describe everything on fleek.

Flawless Letting Everyone Else Know

Although Newman never meant for on fleek to be an acronym, its wide online use quickly made it into one. Many users refer to fleek as standing for “Flawless Letting Everyone Else Know,” which is a surprisingly accurate representation of the seemingly meaningless word. So if you come across on fleek and can’t figure it out from context, try applying its acronym meaning to see if that makes more sense.

How to Use the Phrase

It’s easy to use on fleek without sounding like an out-of-touch oldie, but it’s even easier to using it incorrectly (like said out-of-touch oldie). You only say on fleek, not fleek, and it typically follows the noun in a sentence. Never use it as an adjective before a noun (as in “Those are some fleek jeans”) unless you want younger people to point and laugh at you.

Proper usage of on fleek includes:

Can You Be Off Fleek?

So if you can be on fleek, can you also be off fleek? No, that’s not really a thing, though not for lack of trying. If you want to describe someone who’s off-trend or not well-groomed, borrow a term from Gen Z and call them cheugy (or worse, cringe). It’s a not-subtle way to let someone know that their efforts aren’t coming across the way they mean them to.

Other Ways to Be On Fleek

Want to compliment someone’s appearance without using on fleek? Trendy compliments from Gen Z include:

Keep Your Speech On Fleek

To learn more about slang you should be using (or maybe shouldn’t be using), check out: