What Is a ‘Senpai’ and Why Is It Such a Popular Term?

If you’ve ever had a crush on someone older than you, or you’re an avid otaku (anime fan), you know the hopeful pain of wanting to be noticed by your senpai. Although the Japanese word has been around longer than your favorite manga, it has a specific meaning in the meme world that resonates with every lovelorn kōhai out there. 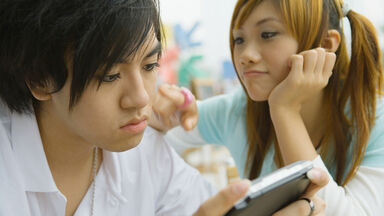 Senpai (先輩) means “upperclassman” or “someone older,” and typically describes a person just a few years older than you. A senpai is not a teacher or someone significantly older (that’s sensei). If you have a senpai, then you’re a kōhai (後輩), an “underclassman” or “protégé.”

The popularity of senpai comes from the oft-repeated anime phrase “I wish senpai would notice me,” in which someone (usually shy) pines for the attention of an older person (usually aloof). It became a meme in 2012 and has gotten more popular in the years since. As a meme, “Notice me, senpai” can refer to anyone whose attention you want, but who isn’t paying attention to you now. Remember that cute senior you had a crush on when you were a junior in high school? Senpai.

When Should You Use the Meme?

A wistful “I wish senpai would notice me” might just get that attention you think you want, or it could just be an expression of unrequited love. Drop a #noticemesenpai or a custom-made “Notice me, senpai” meme in these online and IRL situations:

Despite what anime and memes would have you believe, the word senpai is not synonymous with “crush.” In Japan, senpai simply refers more to a more experienced person in any situation, including:

In these cases, senpai is just a helpful mentor who knows more than you (although you can still want them to notice you).

Senpai Will Definitely Notice You Now