The term "Floss spelling rules" may refer to one of two sets of rules.

The first Floss spelling rule is a rule of thumb used to help students understand when to double the letters f, l and s in words. According to this simple Floss spelling rule, these letters double at the end of a word when they follow a short vowel sound. Thus, words like huff, puff, stuff are 'f' floss words. Hills and pills are 'l' floss words, while grass and miss are 's' floss words.

The current FLOSS spelling rules were derived from the latest edition of FLEWSY, the most common form of dictionary-type pronunciation symbols. FLOSS builds on FLEWSY with some subtle changes. Symbols used in FLEWSY, for example, that represent the Euro and other currencies have been changed to other symbols to avoid confusion.

FLOSS transcription requires some skill, but once learned, FLOSS serves students in good stead. Students who learn to read using a phonetically-based system can more easily pronounce unfamiliar words. They may also demonstrate stronger spelling skills since they can translate vowel sounds into standard written English.

For a complete pronunciation chart of FLOSS notation, including examples of works 'translated' into FLOSS, visit WyrdPlay.org. 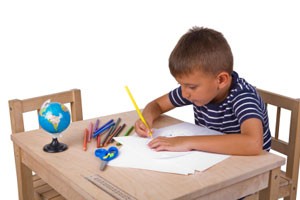