The English language is full of inconsistencies and irregularities, which results in unusual English spellings. The minute you find one rule that should cover every contingency, an exception pops up.

To be literate in English takes a lot of work. It's not an easy language to write if you’re not familiar with all the spelling rules - and the often larger list of exceptions.

The ancient and esteemed pathway through which English has evolved has a lot to do with its spelling irregularities. One word may be spelled one way while the word that rhymes with it is spelled differently. Let’s explore some unusual spellings in English and commit them to memory. 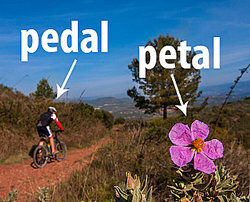 Words That Are Often Misspelled

Ironically, one of the most misspelled words is "misspelled." Those who fall afoul of the word usually write it with a single “s.”

Also, suffixes (endings on words) in the “-ble” category can be confusing, specifically
“-able” and “-ible.” "Acceptable" is only acceptable if it's spelled with an "a" before the "ble" (and not an "i”). The same goes for “interchangeable.” It transforms from “interchange” to “interchangeable” only if you sneak in a little “a.”

Or how about “submersible?” The “-ible” suffix is tricky because you have to drop a letter, usually the letter “e,” to form your new word. Another example of dropping the “-e” would be “risible.” You have to drop the “e” from “rise” to arrive at the new word.

Quick, do you know the difference between "stationary" and "stationery"? These are called homophones. That is, they’re words that sound the same but have different meanings. Because of their similarities, the wrong one is often chosen and, therefore, misspelled.

Check out this slideshow containing 25 Misused Words that Make You Sound (or Look) Dumb!

No matter how many grammar rules we try to memorize, no matter how many times spellcheck redlines us, there are always going to be some words that trip us up. Sometimes they have dubious double letters; other times, they sneak in silent letters.

Either way, they just look wrong. In truth, the only way to remember these sneaky spellings is to commit them to memory. Let’s have a look at some of the most common, if not unusual, words:

“Fire” is an easy word, right? So turning it into an adjective should be an easy task. Many misspellers, though, think adding a "y" at the end of "fire" turns into an adjective. And they’d be incorrect. "Fiery" is one of those words you'd think would be simple to spell. Instead, it hits the massive "exceptions" list all the time.

Watch your "seeds" too, but that's only the beginning. You can only "exceed" in spelling if it "precedes" or "supersedes" all other tasks. (Punnery aside, the words may have a common sound, but they’re spelled differently. And remember, to "exceed," you can't spell it as "excede.")

If you purchase "jewelry," remember there's no "e" in the "ry" suffix. Meanwhile, the British spelling of jewelry is different, so if you insist on a double "L", wait until you hit London to write the word as “jewellery.”

Surely, the English language doesn’t mean to be so tricky. A lot of the struggle stems from the fact that the English language borrows from a handful of other languages. Some words have Greek roots, Latin roots, French roots, and more. It’s better to think of it is a treasure trove of cultural varieties.

When in doubt, do a quick search and make sure you’re on the right path. Who, if anyone, is perfect? But you sure can strive to be the best in all you do, and a mastery of unusual English words is your ticket to the top. Ready for the mother of all challenges? Check out this list of 150 More Often Misspelled Words in English.