Effects of Negative Words: Common Expressions and Their Power 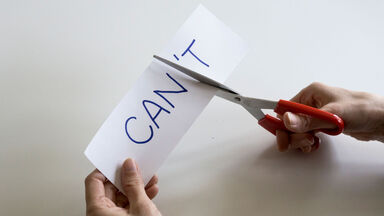 The English language contains thousands of words, many of which have positive or negative connotations. Sometimes people are unaware of the effects that their negative words, which they perceive as neutral or even helpful, can have on others. These effects include:

While most of these results are seen from the perspective of a child, it's important to analyze them in all social contexts. A negative attitude from a manager may lead to poor communication in the workplace, for example, or insulting words from a stranger may reinforce someone's poor self-perception. That's why working negative words out of your daily vocabulary can lead to a chain reaction of positivity.

It's easy to think that negative words reflect a negative mindset, but that's not always the case. While negative words such as bad, horrible, ugly, hate, and stupid are often intended to hurt someone's feelings, other negative language may just be the result of choosing the wrong pronoun, verb or adverb.

Strictly speaking, these words are only negative because they mean the opposite of their affirmative forms. They're not insulting or degrading by themselves. It's only when you put them into conversation or common expressions that they become hurtful.

Many people use language that may be more negative than they mean it to be. For example, if a teenager says "No one cares about me," they're not trying to insult the parent who does care quite a lot. They're trying to express their own feeling.

Read these examples of negative words in common conversational expressions, as well as their affirmative replacements. You may find that using "I" statements, which put yourself as the subject of the sentence, make these expressions more about you and your needs.

The next time you use these words in conversation, try to use these replacements to avoid the impact of negative words. Even if you're not feeling very positive about a situation, an affirmative statement can make you sound more neutral — and it may get your point across without hurting anyone's feelings.

The impact of negative words can be more powerful than you think. Taking negative words out of your everyday conversation is an important step to making your life more positive. If everyone worked on the same skill, the world would be a much more pleasant place! Work these words out of your academic and business writing as well with these negative words to avoid in writing. You can also work on emphasizing positive traits with a list of over 100 positive adjectives.