Descriptive Words for a Man

When it comes to talking about a guy, you may find yourself at a loss in looking for words to describe a man. Depending on your mindset for compiling the list of words, you might find many of the words used to describe a man can be used to describe just about any person. Get that manly feel across by using descriptive words generally reserved for men. 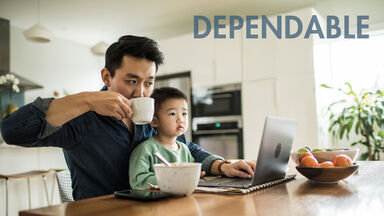 Words to Describe a Man Physically

Describing what a man looks like includes mentioning things like his physique and what he’s wearing. Explore descriptive words for appearance to find the best term for your needs.

Words to Describe a Man’s Personality

Use adjectives that describe personality traits generally associated with males to describe the man you’re talking about.

Words for a Man’s Roles

Men in real life and in fiction play a lot of different roles from provider to lover. Describe your guy with a strong word or phrase that illustrates exactly who he is.

Typically when describing a man, you tend to choose more traditionally masculine words and powerful words. There is a tendency to use words that align with the stereotypes society has about men.

Descriptive words for a man are directly linked to the internal and external belief barriers towards their career, life and success in both. Some of these words can be considered self-limiting. Most words used to describe men seem to give an implied meaning of something that may or may not be there.

Examples of the words putting that stereotypical social conditioning in motion include:

It can be said that there are hundreds of words to describe a man. The meaning of the word depends on the context the word is being used in. Before flipping through a thesaurus for a descriptive word, consider the context of the situation regarding the man you’re trying to describe.