Descriptive Words that Begin With the Letter Z

If you want a seemingly impossible task, try to find all the descriptive words that begin with letter Z. You'll be up for quite a while!

That's because the letter Z heads up many fewer words than more common letters, such as S, R, or T. The letter X, in fact, is the letter in the English language that starts off the fewest amount of words. But in this situation, Z isn't that far behind X!

What a Zany Letter!

Zany, what a zany word! In the days of yore, zany wasn't an adjective, but a person; specifically, a clown given to extravagant, outlandish gestures. Since that time, the clown has vanished, but the description of his antics remains.

Zany, used as an adjective, implies crazy, wild, and out-there antics; just another of the many descriptive words that begin with letter Z.

Do you want to really impress your friends? See if you can work this gem into a conversation! Zeitgeist is a German word, and roughly translates as "the spirit of the age."

Try saying this at a party: "Fear of the economy, spending down debt, and refusing to spend money, yes, that is the current zeitgeist of our times!" Watch all the jaws drop! People will either think you're a genius, or you got stuck in a cave with a lighter and a dictionary.

If you can take the teasing, you may also be elevated to Einstein status in your circle of acquaintances. It's worth a try.

Cursing is so banal. Everyone does it, and there are so many times you can hear the same old four-letter words without wanting to yawn.

So if you feel the need to express your sentiments, and you're in church or at dinner with your future in-laws, don't reach for the same old epithets. Go Shakespearean!

The Bard offers a variety of incredibly distinguished and colorful expressions and one of them begins with Z: "Zounds!"

Back in that day, one didn't use God's name in vain, so instead they came up with more covert ways of expressing anger. Zounds is one such example, used to convey anger, shock, and surprise.

Zounds is a contraction and euphemism for the words "God's wounds" (but rhymes with "sounds," not "wounds"), referring to the Biblical suffering and crucifixion of Jesus Christ.

Say you go to a parking garage and the attendant bangs up your car. When you see the dents, try exclaiming, "Zounds, man! Do you have eyes in your head?"

When it comes to religious beliefs, Christianity, Judaism, and Islam are so old hat. Why not dig up a religion that once was all the rage in Persia(about 500 BC)? In Zoroastrianism, the name of the creator is Ahura Mazda (no, that isn't the name of a Star Trek character who owns a car company.)

Mazda is constantly fighting to sustain good in the world against evil. The most interesting things about Zoroastrianism, though, is the fun sound of the word. The fact that Zoroastrianism pretty much died out after Islam spread throughout Persia (now Iran) makes it a really old and obscure religion.

Proclaim to a crowd at a party that you can only drink $200 champagne, because it's part of your religion, which is Zoroastrianism. You may not get the bubbly, but people are going to be really careful around you from then on!

If you really want to freak everyone out, tell them you're a zealous Zoroastrian (double Zs are a sure sign you're either very devoted to your faith, or you just drank too much.) And if you pass out from the champagne, then you'd be a zonked Zoroastrian.

There are plenty of ways to increase your vocabulary and have fun with words that begin with letter Z. 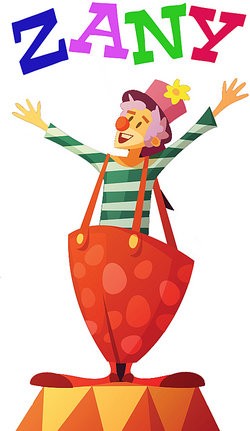