How to Write the Date Properly in Different Ways

It’s easy to get confused about how to write the date in various situations. Whether you need to write the date in a formal letter or put a date on your wedding invitation, these guidelines can help you do it properly. It also helps to learn how people around the world write today’s date in numbers. 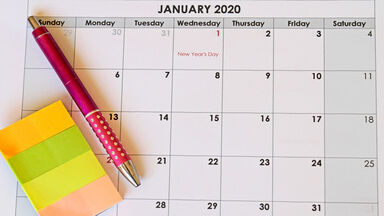 How to Write the Date Around the World

Did you know that people around the world write the date in different ways? Depending on where you are, you may put things in a completely different order. This change in format is called “endianness,” and it comes from Gulliver’s Travels by Jonathan Swift. In Gulliver’s Travels, there is one political faction committed to breaking their eggs open on the large side and another faction just as committed to breaking their eggs open on the small side. The large-side faction are called the “Big Endians,” and the small-side group are called the “Little Endians.” At some point in history, these terms became associated with the way different societies write the date. Writing it day-first is the little endian format, while writing it year-first is the big endian format.

How to Write the Date in America

Americans are middle endians. They write the date as month/day/year. For example, the fourth day in January would be written like this:

In formal U.S. writings, you never want to omit the year or use a purely numerical form for the date. For example, if you were to write a formal business letter, you'd write out the entire date, including the full month (January 4, 2005). Writing it out in such a way allows the notation to be understood by everyone.

The United States is one of the only places in the world that uses this date format. Belize and Micronesia also use this format and it is secondary in Canada and the Philippines. The rest of the world has a different order.

Europeans are little endians. In European countries and most other places in the world, the day comes first, then the month, and then the year. The fourth day in January would be written like this:

In formal European writings, the date is typically written in a similar fashion to the American version. So January 4, 2005 would simply have the month and day switched around, making it 4 January 2005. Notice in a formal European version of the date, there's no comma. The comma separating the date from the year is an Americanism that the Europeans do not follow.

Here are some of the regions that format their date in the Day/Month/Year format:

Writing the Date in Other Places

Other places in the world use the big endian form, which seeks to avoid confusion by placing the year first. Much of Asia uses this form when writing the date.

Interestingly, in Hungary, a comma isn't used when writing the date either. Instead, there's a dot after the year. Also, the first letter of the month isn't capitalized.

How to Write the Date in Words

In very formal situations, such as invitations or business letters, you may need to write the date in words. You can do this properly in a couple of ways:

More Considerations for Writing the Date

There are certain rules that can be a bit unclear when it comes to writing the date. Keep these tips in mind.

How to Write the Date With Commas

One of the most challenging aspects of writing the date is knowing whether you should use a comma. It all depends on the format.

However, with either format, you’ll need to use a comma after a date if it is part of an introductory phrase:

Starting a Sentence With a Date

If you start a new sentence with a date, you should avoid using a numerical symbol as the first character in the sentence. In this case, write out the number or reword the sentence.

When writing the date with numbers only, they may be separated by a hyphen (-), slash (/), or dot (.) Most formal writings will accept a slash (/). Notice, however, that the ISO standard uses hyphens (-).

It's fair to say these methods are interchangeable. When writing an academic paper, you'll want to consult your professor's preferred method of citation. When filling out official documents or forms, note the instructions and sample text carefully.

Whether to Use Abbreviations

Make Their Formatting Your Primary Objective

Ultimately, the way you write the date will depend on the situation. Before you decide, think about your audience and what the expectations are for your writing. If it’s a casual note, you can do whatever feels right. If it’s an announcement, invitation, formal letter, or academic writing, you should consider spelling the date out. Keeping your reader in mind is always the best guide.